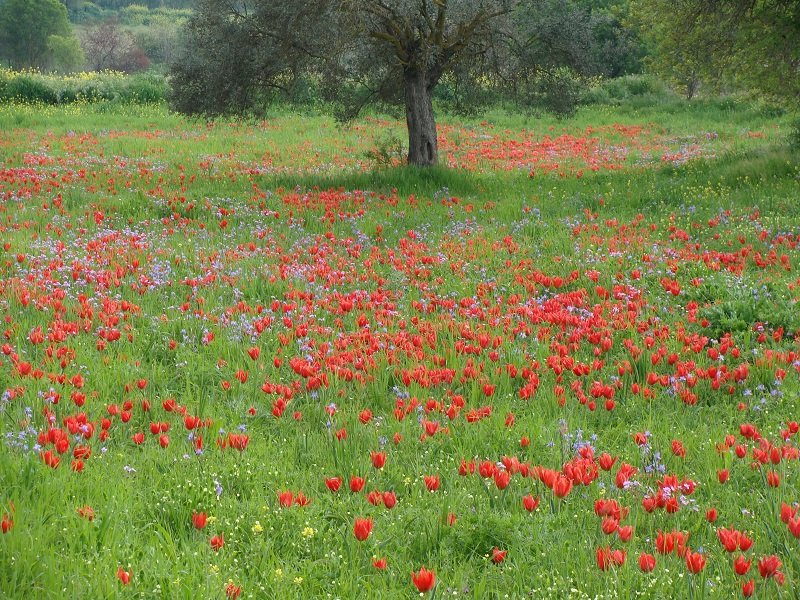 A field of tulips in Polemi (Constance and Antonis Nicandrou)

HUNDREDS of visitors are expected to descend on Polemi village in Paphos this weekend for the annual tulip festival.

The stunning mass of wild blooms present a magnificent sight, and this year, the organisers have timed the festival ‘just right’ to present them to the public, according to Dr Antonis Nicandrou, the president of the association of tulip friends.

“By the weekend the tulips will be in their full glory and last well for about a week after the festival,” he told the Cyprus Mail. “They will be the best ever as the weather has been with us this year.”

This year’s event will be held on Sunday, April 2 at 11am at the Metochi Cultural Centre in the centre of the village. It will include free wine, traditional Cyprus sweets and a dancing and singing programme. Visitors will then be able to go for a walk on the fields filled with blossoming tulips.

The two tavernas in the village – Elia Taverna and Kokkinos Taverna – will be open for lunch, but booking is advised. After the cultural programme, visitors will be able to walk to the field and divided into groups with experts available to provide background information.

Nicandrou noted that awareness of the significant importance of the tulips within the local community is catching on and far fewer farmers and residents are now picking them or disturbing them. 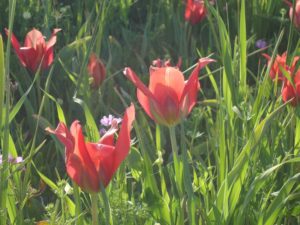 “The farmers are becoming more aware of the tulips and don’t really bother them. People from Polemi are finally becoming environmentally conscious and are refraining from picking them,” he said.

The tulips, ‘Tulipa Agenensis’, are originally from France and are found all over the southern Mediterranean and other areas such as Israel.

The festival which has been held every year since 2002, apart from 2013 when it was cancelled due to the economic crisis, is being organised by the Polemi village council for a second year, said Nicandrou.

“They did a great job last year and I’m sure this year will be the same,” he said.

The event growing in popularity with more than 800 attending last year and around the same numbers expected this year.

Wild tulips used to grow almost everywhere in Polemi, however, due to regular use of pesticides the stunning flowers are diminishing in numbers.

The plateau between the villages of Stroumbi and Polemi is the only area on the island where they grow in any sort of numbers, apart from a few discovered in the Troodos a few years ago.

They have been in Cyprus for at least two centuries on record.  There are also two other species of tulip in Cyprus, one found in Tymbou and a sub species of that found in the Akamas region, but these are very few, he said.

She is creating unique art works promoting the tulips and recycling clothes at the same time.

“My mother was an artist and I grew up surrounded by beautiful art. I had an idea in my mind for some time; to use art and design as a mechanism to raise awareness in a way which is green,” she said.

Recently she has started to hand paint white cotton clothing items with designs of the tulip, using a special fabric paint. The designs are permanent and fully washable, and so far she has adorned shirts, trousers, gloves and other items with her stunning designs.

Initially, she asked friends for white cotton items from their wardrobes that they might not regularly wear. More recently, she has bought from charity shops in Paphos, sourcing white cotton items of high quality, as this helps to absorb the paint.

Polemi Tulip Festival, Sunday April 2, 2017 at 11am at the Metochi Cultural Centre. The village can be accessed off the main B7 Paphos to Polis road. For further information, call Polemi community council, 26 632736.

For Britain, the real work on Brexit starts now

Our View: Little doubt that Anastasiades has now given up on the talks