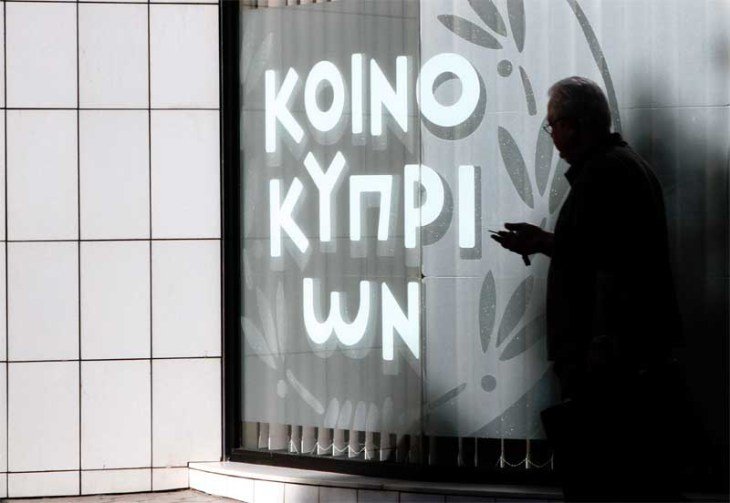 Neither US President Donald Trump’s former adviser Paul Manafort nor any member his administration are included among its politically exposed customers, the Bank of Cyprus, the island’s biggest lender, said on Friday.

“Bank of Cyprus does not have any standing relationship with Manafort or any related entities to him,” Marios Skandalis, head of the bank’s compliance department said in a telephone interview. “Moreover, we did not take over in 2013 any account from ex-Laiki related to Mr. Manafort”.

“To the best of my knowledge, no members of the Trump administration are customers of Bank of Cyprus,” Skandalis said, adding that this also applies to the lender’s former vice-chairman Wilbur Ross, now US secretary of commerce. “Ross or any of his legal entities are not customers of our bank”.

Last week, the Associated Press reported that US authorities were investigating Manafort, who had stepped down as head of Trump’s election campaign in August after it emerged that he had carried out lobby work for Russian oligarchs in the past.

The probe into Manafort’s Cyprus activities, which date back to the period 2007-2012, are part of a broader investigation to recover assets considered stolen by Viktor Yanukovych, Ukraine’s toppled president.

On Wednesday, NBC News reported that 15 accounts held by 10 companies related to Manafort were being investigated for money laundering, including an account belonging to PEM Advisors Ltd, which played a role in the acquisition of a television network in Ukraine for $18.9m.

Back then, Cyprus was suspected of being a centre for money laundering activities by Russian oligarchs. As a result of the stricter anti-money laundering regulations, anti-corruption watchdog Transparency International said Cyprus disclosed the most complete set of anti-money laundering data among 12 countries, including the US, UK, Germany, and France, with information available for 14 out of the 20 indicators.

Cyprus adopted the anti-money laundering directive in 2013, years before the deadline set for European Union countries.

“What we are concerned about is for Cyprus’ and the bank’s reputation to be unjustifiably hurt as a result of unfounded negative publicity and allegations, which in most cases relate to the past,” Skandalis said.

His concern is not unjustified. The negative publicity which Cyprus attracted four years ago deprived the island of critical support when it negotiated a rescue package for its banking sector. As a result, depositors were forced to take losses, including those at Bank of Cyprus, who saw almost half of their uninsured deposits turned into equity. Those in Laiki lost all their deposits in excess of €100,000, plumging the economy into a prolonged recession.

Bank of Cyprus, and subsequently the island as a whole, attracted year laters further media attention as a result of reports in the US press attempting to link its former vice-chairman Ross to Russian oligarchs. The reports were prompted by an investigation of US authorities into an alleged meddling of Russia’s authoritarian leader Vladimir Putin in the recent US elections.

President Trump’s national security advisor Michael Flynn resigned in February when it emerged that he had not revealed the truth about meetings he had with the Russian ambassador to Washington.

Skandalis said Bank of Cyprus has already reduced its “high-risk portfolio by 28 per cent” and its introducers, such as law and accounting firms, from 1,601 to merely 234 by the end of 2016, which translated into €2.4bn in lost turnover, or €9m in lost profit. By comparison, last year, the lender posted a €64m net profit.

While the remaining 72 per cent high-risk customers may include local or foreign politically exposed persons (PEPs) including government members, the bulk consists of Cypriot PEPs as a result of Cyprus’s adoption of the fourth anti-money laundering directive years before other EU peers, he said.

According to a banking source who spoke on condition of anonymity, Bank of Cyprus already ditched every second Russian customer and more than one in three Ukrainians. Jurisdictions in Eastern Europe are among those globally considered high-risk in terms of money laundering.

As part of its “anti-financial crime framework” the bank scrutinises all its customers on a daily basis to ensure that none of them is included in an international or European financial crime and sanctions list.

“If any business people from any jurisdiction are PEPs, they are immediately flagged as high-risk customers, which triggers an enhanced and more rigorous and in-depth due diligence to ensure that a customer does not engage with any suspicious activities, in terms of anti-money laundering,” he said. “The new Bank of Cyprus is not concerned or worried about the integrity of its client portfolio or the way it operates because its new culture as it has been successfully implemented over the past three years provides such a solid reassurance to its regulators, shareholders, customers, and the rest of its stakeholders”.

Ministry of Justice says US filed no request to investigate Manafort