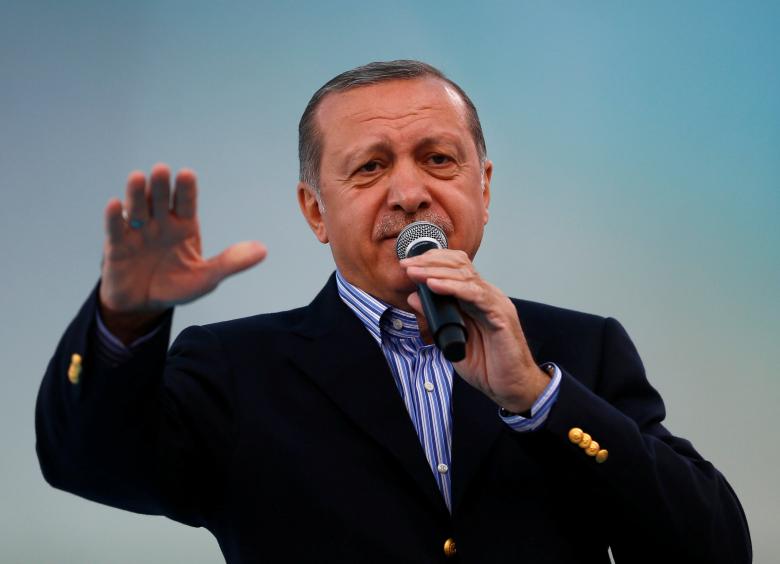 Turkish embassies on four continents submitted reports on alleged foreign-based opponents of President Tayyip Erdogan within a week of receiving a request from Ankara last September, according to documents released by an Austrian lawmaker.

The papers made public by opposition Greens politician Peter Pilz suggested a wider intelligence network than has so far been revealed by authorities investigating alleged spying by Turkey on its expatriates in three European countries.

“There is clearly a global network of informants. We cannot say exactly how long it took to build up this network. I assume that it happened in a matter of years,” Pilz told reporters.

Tensions are running high between Turkey and the European Union as Ankara tries to drum up support among expatriate Turks to vote ‘yes’ in a referendum on April 16 on whether to grant Erdogan sweeping new powers.

German, Austrian and Swiss authorities have all launched investigations into whether Turkey is conducting illegal espionage on their soil.

Countries routinely post intelligence officers in their embassies, and the European authorities have not said in what ways the alleged Turkish activity went beyond acceptable levels of information-gathering by a foreign power.

Among the documents released by Pilz was a written call on Sept 20, using the letterheads of the prime minister’s office and the state religious authority Diyanet, for information on supporters of Erdogan’s arch-enemy Fethullah Gulen.

Turkey has accused Gulen of masterminding a failed coup attempt last July and has purged state institutions, schools, universities and the media of tens of thousands of suspected Gulen supporters. The cleric denies any involvement.

The documents, which Pilz said he had received from a Turkish source, showed embassies in over 30 countries across Europe, Africa, Australia and Asia sent reports to Diyanet on alleged Gulenists. Most were filed by religious attaches in Turkish embassies or consulates.

They typically listed the names and addresses of alleged Gulenists, as well as of publishing houses, media groups, educational centres and schools deemed to support the exiled cleric. Some reports include information on family members and the educational background of targeted people.

Reuters could not immediately verify the authenticity of the documents, but a source close to Austria’s government said it was safe to assume the ones on Austria were genuine.

Some reports, such as the one from Nigeria, include the names of middlemen responsible for building up ties between Gulenists and local power centres.

In the Austrian report, a Turkish official in Salzburg says an Austrian mosque umbrella group and other organisations have destroyed books, audio material, videos and newspapers deemed to be Gulenist.

The official says some gaps left by disappearing Gulenist organisations have been successfully filled with Erdogan-friendly replacements, such as after-school clubs.

A report from Azerbaijan names a journalist and some parliamentarians as sources of information on Gulenists. It names the director of a Turkish high school in Baku who will be reminded about the need to remove Gulenist teachers at his school.

An Australian report refers to “people who have lived in Australia for a long time and who know (the Gulenist) structure very well”. An entry from Mongolia describes activity by alleged Gulenists on Facebook and Twitter.

Turkey has rejected previous accusations that it was using religious bodies in Europe to spy on Erdogan critics.

In March, the religious attache of Turkey’s embassy in Austria told a local newspaper that mosque groups had a duty to check whether people of Turkish origin in Austria had been “radicalised” by Gulen. He said it was legitimate to deliver reports on such people.

Getting more familiar with the piano