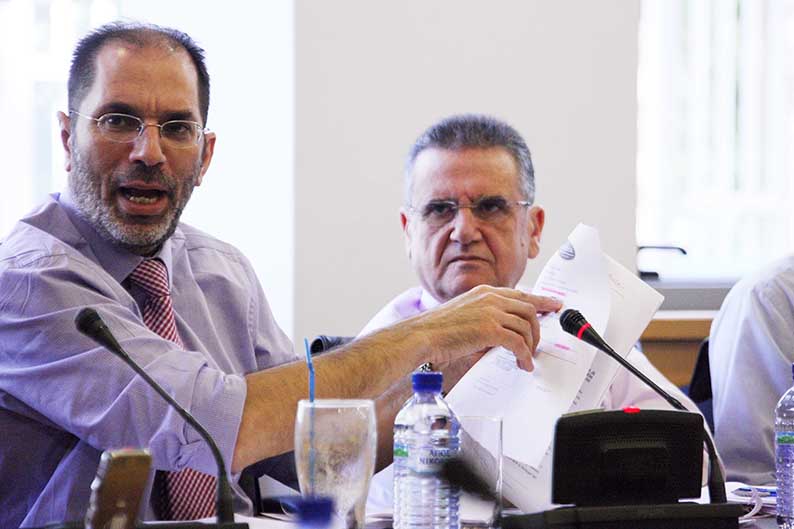 I HAVE spent my entire professional life in conducting audits.  I have, thus, learnt that a good auditor must be colourless and odourless, like crystal-clear water, which leaves a feeling of freshness in its path.

The rule is, of course, applicable in the case of the auditor-general of Cyprus and his assistants.

The code of conduct of the institution very properly sets the overriding principles, which should be respected at all times by all the civil servants involved in this internal auditing process.

These principles are: (a) independence, (b) objectivity, (c) reliability, (d) respect for different opinions and ways of thinking, (e) confidentiality and the safeguarding of the information obtained by the auditor-general in the performance of his/her duties.  “Beautiful words served on a bed of roses”, as the poet might say.

Odysseas Michaelides was appointed in April 2014. The journalistic evaluation of his performance in this three-year period is rather disappointing.  The reasons are set out below:

In many cases, the attention of the auditor-general has been found to be focused on issues and problems of minor importance such as the investigation launched into the cost of the buses that were used to take people to Salamis for attending the performance of a classic Greek tragedy there.

The auditor-general himself publicly attempted to justify the action taken by arguing that all “allegations” must be examined in the order in which they are received.

It is readily evident that the focusing on “petty” offences promotes and cultivates a “work to rule” culture within a civil service that is already ineffective and faltering.

Encouraging an absolute and blind adherence to the rules of the game will make things worse.

In the recent past, I have been truly surprised to hear quite a few civil servants insisting on the strict adherence to the rules while readily admitting that it would be stupid to do so and that the maximum benefit that could be derived from doing so would be a small fraction of the related cost.

Their justification was the visible risk of getting into trouble in the event that their work would be looked into by the auditor-general.  Such a recipe is certain to lead and is already leading to paralysis.

The second serious problem identified in the evaluation of the auditor-general’s performance in the past three years is also associated with the frequent focusing of the attention of the service on matters of secondary importance.

As a result of the good work, which has been performed by the office of the attorney-general as well as by other public officers, there have been numerous recent convictions of persons who were found guilty of abuse and misappropriation of public funds.

The incidents brought to justice are probably the tip of the iceberg.  These are the cases, which the auditor-general should focus on and to which he should give high priority.

Focusing attention on matters of secondary importance inevitably results in an unintentional cover-up of the more serious crimes.

The third major problem stems from the fact that an auditor has neither the right nor the qualifications to substitute the management of the audited organisation – the government in this particular case.  The services that the government is called upon to provide through the civil service and the manner in which these services are provided is the prerogative of the executive and the legislative arms of the State.

The auditor-general cannot be self-appointed to the position of the person holding the ultimate authority, over and above the persons specifically elected to these positions.

Another problem is the phenomenon of seeking maximum publicity in the press as well as on radio television, at an early stage of an investigation, resulting in the premature vilification of members of the government or the civil service.

Such practices are not in harmony with the principles of objectivity and reliability that must exemplify the work of the auditor-general.  Rushing to premature conclusions or, worse, exposing public persons on the basis of mere suspicions or hearsay, prior to reaching a firm and fully supportable conclusion and prior to bringing the culprits to justice, is a practice that merely undermines the people’s faith in the political system, while penalising the ministers and the civil servants, who have the guts to seek solutions to the numerous problems confronting society.

Finally, no state institution can be or should be immune from criticism and control, as seems to be the case with the auditor-general of the Republic.  There are differing views as to how one could secure the proper functioning of the internal audit process.  To the extent that the necessary mechanism is lacking, it must be introduced forthwith.

UK becoming her living, breathing self with Brexit