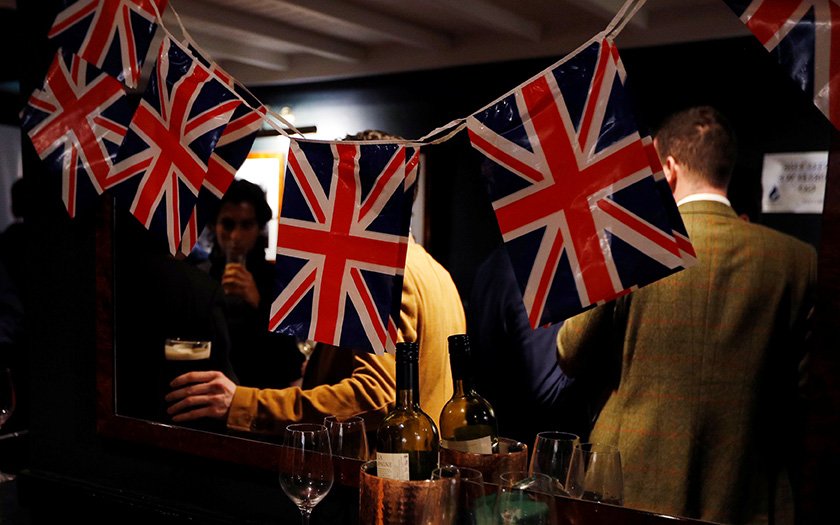 The week Britain filed for divorce from the European Union brought relief in London and Brussels that crockery was not smashed – far from it – but negotiators fear tantrums or even a breakdown once talks start.

The EU’s chief Brexit negotiator Michel Barnier sees them beginning in early June; first the 27 other member states must agree his mandate at an April 29 summit and ministerial meeting on May 22. But talks about talks – who speaks to whom, when, about what and even in what language – could start weeks earlier and may be no less fraught.

Two weeks ago, the Frenchman flashed aside his Parisian jacket to reveal a glimpse of a cudgel beneath; he drew the British a vision of supplies cut off and lines of trucks at the Channel port of Dover if they push their demands over the brink.

This past week was more genteel. British Prime Minister Theresa May and European Council President Donald Tusk’s opening gambits for two years of negotiation left each side praising a “constructive” start. Yet both also communicated threats that a deal was not certain; Britain could still be dumped out of the EU into a legal swamp.

As the fateful day approached for May to trigger Article 50 of the EU treaty and launch an unprecedented exit that Brussels wants to ensure remains a one-off, officials on both sides privately sounded increasingly worried the process could work.

But as Tusk sent his draft negotiating guidelines to the 27 other member states on Friday, two days after May’s letter triggering Article 50, a senior EU said: “We are more optimistic than we have been that we can get negotiations going.”

Keen to stress negotiating red lines, Tusk insisted Britain must pay up a “Brexit bill”, give rights to 3 million EU expatriates living in Britain and accept EU rules during years of transition to a new free trade relationship. Much British reaction, however, focused on a proposal to give Spain a veto on new trade terms with Gibraltar.

Setting aside grumbling over Britain’s tiny enclave on the south coast of Spain, Iain Duncan Smith, a pro-Brexit former leader of May’s Conservative party, told the BBC: “That statement by (Tusk) was a lot more reasonable than I actually had any expectation of.”

A commitment to launch talks on a future free trade deal and deep partnership before details of the divorce settlement are reached was particularly welcome in London, even if it did not offer the immediate negotiations some in Britain called for.

“There are bound to be good times and bad,” said a senior EU diplomat. “Right now, we are all being at least polite.”

Brussels saw May’s six-page letter on Wednesday as a shift away from London’s stance of “we want our cake and eat it”.

She acknowledged leaving the EU single market has costs, including accepting rules Britain no longer has a say in, and that a free trade deal will take more than two years to agree and will require some supranational arbiter – even if Britain no longer accepts direct supervising by the European Court of Justice.

“The letter comes across as really quite friendly,” a second senior EU diplomat said.

The sourest note was on a possible breakdown in talks – May said earlier that “no deal … is better than a bad deal” – and a suggestion that this would hurt cooperation on crime and security.

British ministers and Tusk insisted it was wrong to think May had threatened to withhold intelligence. But Tusk, too, made clear Brussels will prepare for a collapse in negotiations. And EU officials insisted that, contrary to British assertions, London had much the weaker hand if talks came to the brink.

“We first have to walk them to the cliff edge and show them how bad it is,” one EU official said of Brussels’ tactics.

Another said May miscalculated by giving an appearance of making threats on security. “Threats are never a good instrument in negotiations,” he said. “Even less, empty ones.”

European negotiators are wary of British attempts to divide the 27. Diplomats said Tusk seemed likely to get consensus support for now, although the week also brought home to many the reality of a frantically busy, complex and emotionally fraught two years ahead.

“In many ways this is an absurd exercise. It’s a tragedy in which we all must play our predestined roles,” one EU negotiator said after May’s proposal of a new partnership. “We are tearing something down to replace it with something very similar.”