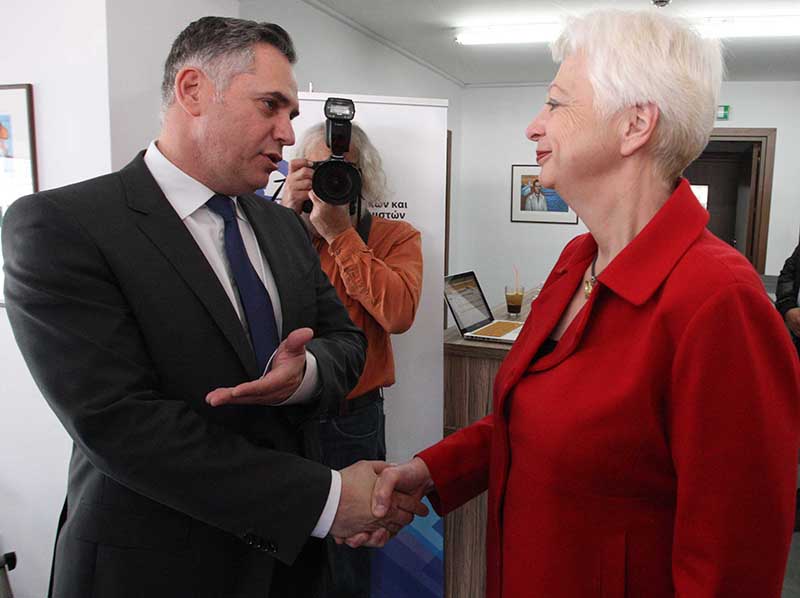 The bickering among the rejectionist party leaders over who will be the candidate of the ‘patriotic space’ in next year’s presidential election, apart from keeping us entertained, also illustrates what is really important to them. Three out of the five leaders are interested in being the candidate with a fourth – Edek’s Marinos Sizopoulos – not ruling out the possibility, at least publicly. Only the leader of the Greens, Giorgos Perdikis, has no presidential ambitions at present but this could change before long.

We witnessed the same public squabbling five years ago when the patriotic parties of the time again embarked on consultations to find a common candidate. There was no Solidarity or Citizens’ Alliance in 2012 but their current respective leaders Dr Eleni Theocharous and Giorgos Lillikas both offered to stand as the candidate of the ‘patriotic space’. After several meetings the efforts to forge an election alliance broke down because the parties could not decide who their candidate would be and Diko, led by Marios Garoyian at the time, decided to back Nicos Anastasiades in exchange for four or five ministries.

Lillikas stood as an independent candidate, having secured the backing of Edek, on the condition that he would not set up his own party after the election. A few months later, unable to resist the impassioned calls of his loyal followers, he broke his promise and set up his own party taking with him a section of Edek’s support. This was partly why Edek secured its lowest ever share of the vote in last May’s parliamentary elections – its blunder-prone new leader also contributed – and the reason it will never back Lillikas as a candidate.

It is no coincidence that the two parties that came into being after the 2013 presidential election, Solidarity and Alliance, are vehicles for the presidential ambitions of their respective leaders. Both Dr Theocharous and Lillikas felt the pursuit of their presidential ambitions would be better served with a party to back them so each set up a personal party and both are now offering themselves as candidates of the ‘patriotic space’. Lillikas even got his party to sanction his candidacy before he had even engaged in the mockery of consultations with the leaders of the other patriotic parties.

Meanwhile Theocharous, who had never made a secret of her desire to become a candidate, has not given up her noble cause even though her chances of being chosen are negligible. “Solidarity would like its president (Theocharous) to be a presidential candidate, my name is on the table,” she said last week before, selflessly, adding that “if I am not chosen I will back the person chosen with all my powers.” In contrast to the leader of the Alliance, she is willing to put aside her personal ambitions for the sake of the unity of the ‘patriotic’ parties.

Quite clearly, Lillikas’ political ambition burns much brighter and his hunger for power is much stronger than Theocharous’. Aware that Diko chief Nicholas Papadopoulos, in his noble quest to follow in his late father’s footsteps, has all but locked the support of Edek and Solidarity (the Greens are playing hard to get), the crafty Lillikas, who also made overtures to Akel a few months ago, came up with the ingenious proposal of choosing the patriotic candidate through an election. This pseudo-election would be open to everyone and the person who received the most votes would be the candidate of the patriotic space, he said.

This is the silliest idea Lillikas has come up with since he proposed in 2013 that Cyprus should pre-sell its hydrocarbon reserves in order to avoid the bailout. He did not say who would pick up the bill for this election, who would be eligible to vote, who would be eligible to stand and how a fair contest would be ensured. The reality is that none of the leaders of the patriotic space would trust the others not to use devious means to win. A less silly idea appeared in Alithia in the Friday column by Alecos Constantinides, who suggested that the candidate of the ‘patriotic space’ should be the most patriotic of the party leaders; he thought Theocharous was probably ahead of the rest as she was prepared to set herself alight in Athens’ Syntagma Square when enosis was achieved.

Although marginally less patriotic than Theocharous and allegedly less electable than Lillikas (according to Lillikas), Papadopoulos is the odds on favourite to be the official candidate of the patriotic space which would be split in two. Lillikas will be the unofficial candidate because he cannot possibly go against the decision of the supreme senate of his party. This should not worry voters, because even in the extremely unlikely event that one of them was elected there would be no danger of ending partition as both are far too patriotic to allow a settlement to prematurely end their presidential term.

Tales from the Coffeeshop: Prez Nik shows he is king of rusfeti