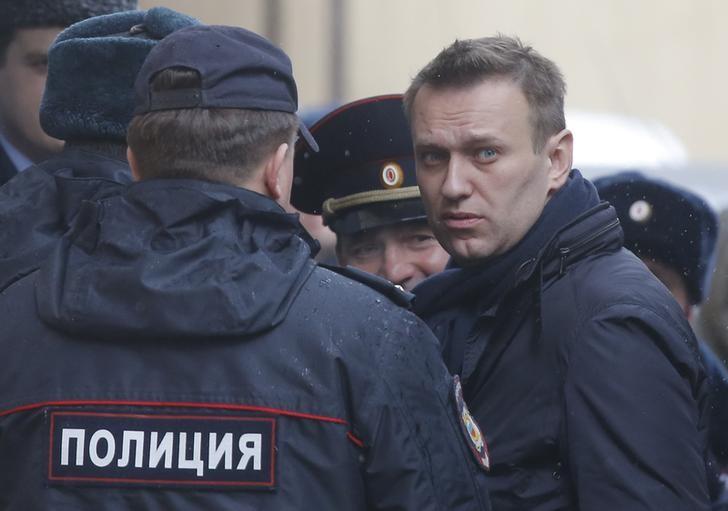 Russian Prime Minister Dmitri Medvedev serves at the pleasure of President Vladimir Putin. And Putin may not be pleased any longer.

Last weekend, protestors in cities all over Russia, overwhelmingly young, demanded that Medvedev resign. The organizer was Alexei Navalny, a 40-year-old lawyer who has dedicated his life to opposing the Putin regime. He had swung through European Russia and Siberia in recent weeks, gathering support. In early March he released a film that featured a detailed report on Medvedev’s corruption – an account of vast estates, palatial homes, two yachts and a vineyard in Tuscany.

Russian police detained Navalny on March 26, sentenced him to 15 days in jail for disobeying a police officer and fined him for organizing an illegal protest. These responses are light for Russia: Navalny and the Kremlin have been tangling for a decade. In February, a court in the city of Kirov found him guilty of embezzlement and handed him a five-year suspended sentence. The decision may make him legally unable to run for president in 2018, which he has announced he will do.

But the game is not merely between the Russian leadership and the opposition. Putin must calculate whether or not to keep Medvedev, a judgment based on whether the prime minister remains useful as a target of further protests, taking the hits for the fall in living standards brought on by declining oil prices and the sanctions regime that now affects most Russians.

The other choice is to replace him. But with whom?

The most likely candidate is Alexei Kudrin, finance minister from 2000 to 2011. He was praised for building up the “Stabilisation Fund” that has helped Russian finances over the past few years. He is now a passionate proponent for pointing the Russian economy and society in a new direction – framing his pitch in terms designed to impress Putin, that is, of strengthening security and sovereignty. His appointment would give hope to reformers and to businesses in Russia and abroad. In the United States, it would open a field of possibilities for dialogue on stronger economic ties.

The Kremlin has long objected to Kudrin because his plan would involve a change not only in the economy, but also in the way Russia is governed. Kudrin is no revolutionary and is a friend of Putin, but he wants freer politics and a more active civil society. That’s risky for Putin to accept – but so is stasis. Sooner or later, anger over corruption might reach him, too.

The cult of Putin extends beyond Russia. He is popular in many parts of Europe, and not only among the hard right. Two of the five leading candidates for the French presidency – the centre-right François Fillon and the leftist Jean-Luc Mélenchon – have both said they would open discussions on Russia’s “border question” with Ukraine. Far-right candidate Marine Le Pen, a longtime admirer, had a friendly meeting with Putin in the Kremlin last week.

In the United States, many alt-right Republicans see Putin as a fellow opponent of liberal, cosmopolitan values, and Islam. Putin’s improved image among Trump’s base helps Trump. But for the moment, the Russian connection is a lingering sore for the US president. Trump needs to somehow neutralize the charges of impropriety and worse in his dealings with Russia.

One way of doing so would be to report a success in resetting relations with the Kremlin, an attempt in which Barack Obama failed. A reset would require movement on both sides: A changing Russia, with a reformer as prime minister, making sense to Western and Russian business, could pacify Trump’s domestic enemies, begin a revival of the Russian economy and be spun by both sides as a statesmanlike agreement between two great nations.

It would not be the reform Navalny has fought for. But if his protest leads to the end of Medvedev and a renewed partnership with the United States, he will have made the world less tense.

John Lloyd co-founded the Reuters Institute for the Study of Journalism at the University of Oxford, where he is senior research fellow. Lloyd has written several books, including “What the Media Are Doing to Our Politics” and “Journalism in an Age of Terror. He is also a contributing editor at the Financial Times and the founder of FT Magazine.

Our View: Abundantly clear that the momentum of the talks has been lost