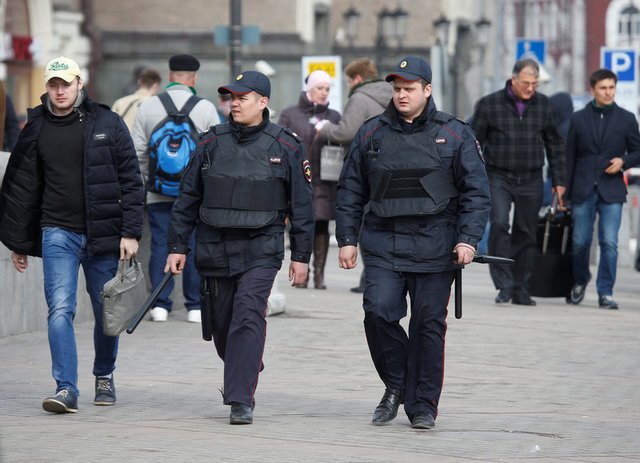 Six people of central Asian origin have been detained on suspicion of recruiting for radical Islamist groups, Russian investigators said on Wednesday, but added there was no proof linking the detainees to the deadly metro bombing in St Petersburg.

Russian state investigators say their main suspect in Monday’s bombing, which killed 14 people and injured 50, is Akbarzhon Jalilov, who was born in 1995 in Kyrgyzstan, a Muslim majority state in central Asia. He was killed in the blast.

Russia’s state investigative committee said the detainees had been charged with aiding terrorist activity. Since November 2015, they had engaged in recruiting other central Asian migrants for Islamic State and for another banned Islamist movement, the Nusra Front, its statement said.

Extremist Islamist literature was found during a search of the detainees’ living quarters, the statement added.

The committee added however: “At present there is no evidence that the detainees were in any way connected with, or knew, the perpetrator of the terrorist attack in the St Petersburg metro.”

There are hundreds of thousands of central Asian emigres living and working in Russia. They provide, according to many security experts, a fertile recruiting ground for radical Islamist movements.

Jalilov’s parents, who say they had not seen their son for a while, were due to fly into St Petersburg on Wednesday and a Reuters witness at Pulkovo airport reported heavy security.

A middle-aged man and woman were escorted away after the flight arrived, the Reuters reporter said. Authorities refused to confirm that the couple were Jalilov’s parents but the woman, in response to a Russian TV reporter’s question, said she did not believe her son was the bomber.

Meanwhile authorities have beefed up security across major cities, with sniffer dogs and bag checks across several metro metro stations in Moscow.

Russian President Vladimir Putin touched on the attack at a previously-scheduled meeting in Moscow with security service chiefs from ex-Soviet countries.

“We see that, unfortunately, the situation is not getting better and the clearest confirmation of that is the recent tragic incident in St Petersburg,” Putin said.

“People died as a result of a terrorist act, many were hurt,” he said.

Attorney-general to rule on Enosis proposal

Putin reviews Russian military might as tensions with West soar

US stands by Ukraine against ‘reckless’ Russian actions – Blinken