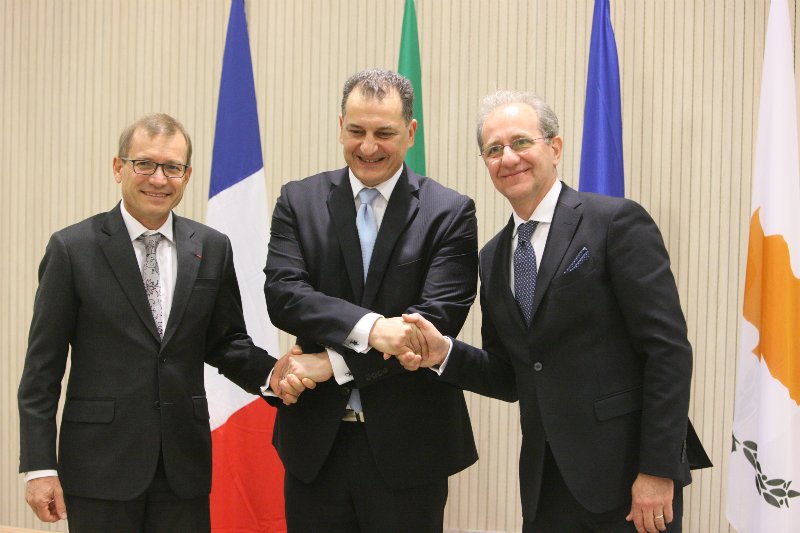 Energy giant Total said on Thursday it planned to start exploration drilling off the island’s coast in the first two weeks of July, as it signed the contract for the exploration and production-sharing of blocks six and eight in Cyprus’ exclusive economic zone (EEZ).

The company said it will be drilling in block six inside 2018.

Those contracts were signed on Wednesday.

“Soon we will start drilling in block 11, where we have a field called Onisiforos … we will start work in the first two weeks of July,” Eleanor Rowley, Total’s VP Exploration for North Africa and the Middle East said.

“We are very excited that we will be active in this field with our partners from ENI,” she said. “We are looking forward to an especially intense exploration programme in the country inside 2017 and 2018.”

ENI VP for South Europe Carlo Vito Russo said the signing was an important event for Cyprus, the companies, and the entire Eastern Mediterranean region.

The agreement would enable the companies to verify whether the Cypriot EEZ had the same possibilities of success as other countries in the region.

“This is important for the development of Cyprus, the consortium partners, and the entire region,” Russo said.

He added that the company and its partners was ready to go ahead with drilling as soon as possible.

Energy Minister Giorgos Lakkotrypis said both companies possessed extensive expertise in the field of hydrocarbons, as well as experience in the Eastern Mediterranean.

“By submitting ambitious applications in the third licensing round they have opted to further strengthen their presence in our EEZ and, consequently, in the wider region,” he said. “Of particular significance for the quality of their exploration programmes is the fact that they join forces in block six, a strategic move they have also made recently in block 11.”

“The Republic of Cyprus, by exercising its sovereign rights, continues unabated to implement its strategy for advancing the exploration and exploitation of its offshore wealth,” the minister said.

Prior to the signing ceremony, the companies’ delegations met with President Nicos Anastasiades.

“Conclusion of the third licensing round and signing contracts with ENI and Total. We continue with our energy plans,” the president tweeted.