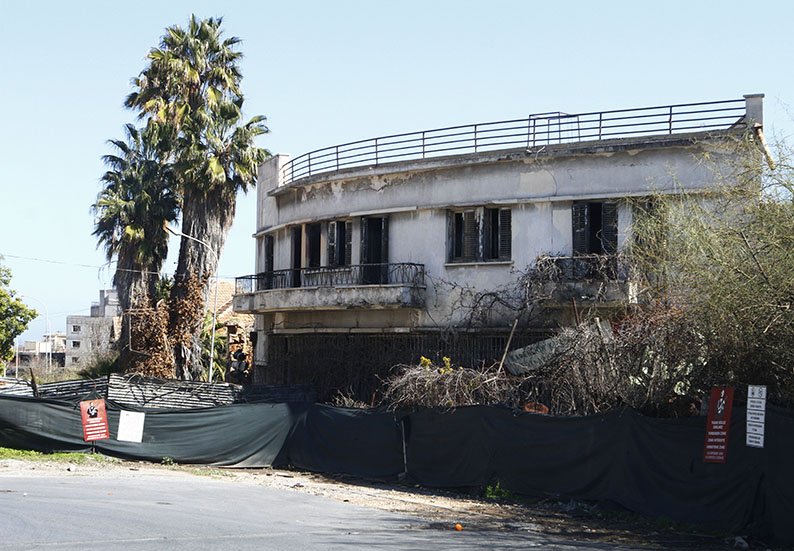 A deserted corner of the fenced off area of Famagusta-Varosha

A group of Greek Cypriot refugees, fed up with the status quo and wishing to return to their homes in Varosha (Famagusta) irrespective of a political settlement, plan to set up an association to better coordinate and spread their message.

During a meeting held earlier this week at the Golden Bay Hotel, the still diminutive group – around 60 people showed up – resolved to press forward with their effort.

The meeting was chaired by well-known architect Andreas Lordos, and co-chaired by former Varosha residents Nicolas Karagiorgis and Serdar Atay.

Lordos, who is spearheading the return-to-Varosha effort, calls it a patchwork of initiatives, a grass-roots movement for the moment.

“At our gathering on Tuesday, there were some pretty determined people. After discussing the moral and legal aspects of returning to Varosha, even without a solution, we decided it’s time we get into the nitty gritty,” Lordos said.

That will involve establishing an association at some point, he added.

Lordos, who unsuccessfully ran for Famagusta mayor in the December municipal elections, reiterated that the refugees would prefer it if a comprehensive political settlement were achieved first.

But the signs are not exactly encouraging.

Lordos and his fellow travellers intend – for starters – to return to their homes and farmland in an area just off Deryneia Road, which runs exactly along the fence put up outside Varosha.

And according to Lordos, politics aside, the logistics are feasible: the earmarked area is supplied by electricity and water, the infrastructure is there.

The area is under the control of the Turkish military, not in the UN-controlled buffer zone.

“Nonetheless, we plan to work primarily within the UN mandate, that is to say, the relevant UN Security Council resolutions (UNSC 550 and 789).

“We hope the United Nations in Cyprus can facilitate our return,” Lordos said.

UNSC 550 of 1984 called for Varosha to be handed over to the administration of the United Nations, and was to be resettled by the inhabitants who were forced out.

Among others, UNSC 789 of 1992 called for promoting “people-to-people contact between the two communities by reducing restrictions across the United Nations Buffer Zone as well as “that restrictions on foreign visitors crossing the Buffer Zone be reduced.”

It also provided that “both sides conduct feasibility studies regarding the resettlement and rehabilitation of persons who would be affected by the territorial adjustments and in connection with a programme of economic development.”

For the time being, information on the Varosha return drive can be found at the Andreas C Lordos Facebook page and at http://www.andreaslordos.org.

Trump, China’s Xi dine ahead of talks on security, trade