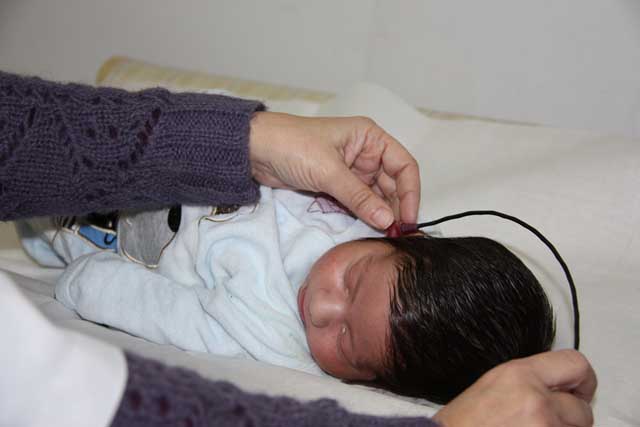 IMMATURE and demanding women are at least in part to blame for the abnormally high rate of caesarean-section births in Cyprus, because they want their baby to be born into a particular star sign, lawmakers on the House Health committee heard on Thursday.

The committee had been discussing the fact that nearly two thirds or 56.9-per-cent rate of births were C-sections, and the main causes were said to have been doctors’ “defensive effort” to avoid problems that may come up in natural labour, as well as the attitudes of modern Cypriot women, who demand this method of labour.

Lawmakers heard that the rate of C-section births has exploded over the last 20 years and is now “comparable with those of South American countries, not European ones”.

According to World Health Organisation guidelines, natural labour should be the default option in all countries, and C-sections should account for no more than 15 per cent of total births.

The committee heard that the reasons also included a lack of education with regard to natural labour and its advantages, the increasing average age of pregnant women, and the rising number of multiple births due to more efficient assisted-reproduction techniques.

The most recent data, spanning 2014 and 2015, showed that C-sections in Cyprus accounted for 56.9 per cent of all births, 61 per cent of which were performed in the private sector and 39 per cent at state hospitals.

Agathoclis Christofides, chief of the gynaecological clinic at the state’s Makarios hospital, said that Cypriot women’s attitudes shifted drastically in recent years, and they became “immature” and “demanding”.

“They tell their doctors ‘I want my baby to be born on a specific date so that it will be a particular star sign’,” he said.

“There is education, there are lessons to educate them on natural labour, but unfortunately they haven’t worked.”

The head of the state’s Νursing Services, Andreas Xenofontos, said the increased number of C-sections has also caused a problem for midwives, who need to have performed at least 40 natural births before they are licenced.

Marios Liasides, chairman of the Pancyprian Gynaecological Association, noted that the numbers show an increase in C-sections both at private and state hospitals, and that about one-third of C-sections are done at the request of the mother, despite the absence of a medical indication.

He also acknowledged that a minority of his colleagues come up with various pretexts to suggest a C-section to pregnant women, without there being a medical reason.

Disy MP and committee member Stella Kyriakidou said Cyprus’ first-place spot in the world in the rate of C-sections was “extremely disappointing”.

“We heard a lot in the committee session,” she said.

“I must say that much of what I heard was alarming to me, because there seemed to be a persistent reference to the attitude of women who ask for C-sections and the attitude of Cypriot women who avoid discomfort, but nothing about the attitude within the medical world that explains this sad first place,” Kyriakidou added.

Our View: Time for parliament to act responsibly

Return-to-Varosha group gets organised, fed up with status quo