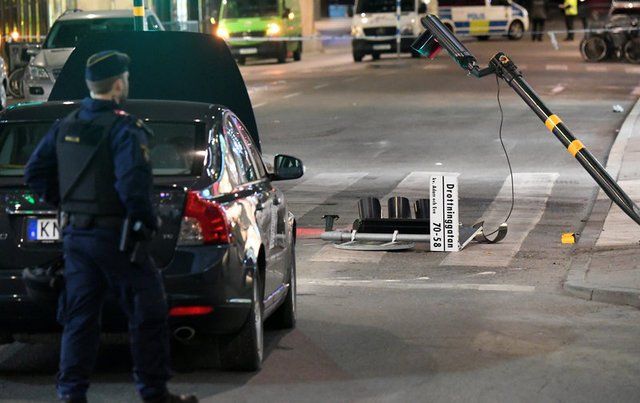 The man arrested yesterday in relation to the attack in the centre of Stockholm is suspected of being the driver of the truck that killed four people, police said on Saturday.

“The person in question has been arrested as the culprit … in this case the driver,” police spokesman Lars Bystrom said.

“Then, there can be other people who are associated with him, but we do not know that at the current time.”

The man was detained in a northern Stockholm suburb on Friday and later arrested on suspicion of having committed a terror crime.