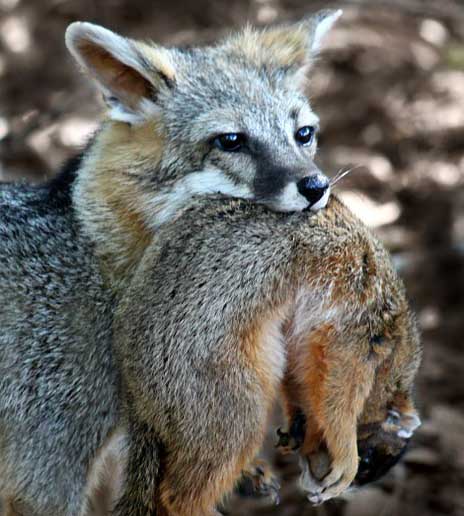 IF AESOP was alive in Cyprus today you can be sure that he would have enriched his repertoire of fables and written the following:

“Once upon a time, in an area of forest by a lake lived eight squirrels and two foxes. As a result of fighting between them the area was divided into two parts after the arrival of a large number of the 800 foxes that lived on the other side of the lake. Strengthened by this intervention, the two foxes took control of 37 per cent of the area. The squirrels felt a deep sense of injustice but could do nothing because the two foxes had the help of such a large group of other foxes. Talks to solve the matter were fruitless. The owls of the forest suggested to the squirrels that the best Plan B was arbitration by the UN (United Newts) that were responsible for keeping the peace in the forest. In vain though. The wise owls were ignored, and in the end the foxes from the other side of the lake, on the pretext of supporting their fellow foxes, took over the whole area and forced the squirrels to scatter to the four corners of the forest.”

The moral of the fable is that in a conflict, arbitration is to the advantage of the weak whereas in the law of the jungle (or forest) the strong will always win. But the Greek Cypriots, despite being the weaker party, have demonised arbitration and run the risk of suffering the fate of the squirrels. Why? A social psychologist would blame it on the persecution complex we suffer from. All football club bosses attribute their team’s defeat on the ‘massacre’ by the referee, making complete fools of themselves as in the long term all teams will be ‘massacred’ by a referee.

We should turn to more serious issues than football – politics. All the UN secretary-general’s special envoys have proved, according to the warped imagination of the parties of the ‘in-between space’, “biased in favour of the Turks”. Just a few days ago, the Greens issued an announcement, endorsed by the rest of the parties of the ‘in-between space’, which said: “Mr Eide must immediately relieve us of his presence and be replaced by a truly objective official.”

The definition of the ‘objective official’ is ‘someone who agrees absolutely with the positions of the Greek Cypriot side’. It is for this reason that all Eide’s predecessors – Al Downer, Alvaro de Soto and the others – were of course not objective but Turkophiles, Turk spawn, Turks and Turk-lovers. It would be interesting for a researcher to investigate whether this fixation of our politicians was conscious or subconscious, stated or underlying.

Bearing in mind that the prospects of a successful completion of the negotiations are far from good, the only way to overcome the deadlock would be through acceptance of UN arbitration. The UN’s proposed settlement framework cannot ipso facto go against the convention of human rights. Whatever settlement is proposed would be better than the status quo. It is therefore a matter of urgency for President Anastasiades to rise to the challenge and strenuously demand arbitration.

If we accept arbitration, the UN would first have to lock the convergences that have been achieved until now and focus on the issues on which big differences remain, that is, guarantees and rotating presidency.

As regards guarantees, I believe there could be a deal as long as both sides are prepared to compromise. The Turkish Cypriots are being narrow-minded by ignoring the security worries of the Greek Cypriots caused by the Turkish invasion and their position that no modern state cedes intervention rights to another country. But it is also narrow-mindedness of the Greek Cypriots to ignore the 1963 syndrome of the Turkish Cypriots and their worries stemming from the Greek invasion that we called a ‘coup’. This is why the UN would possibly propose a transitional period over which guarantees would remain. The duration of this period would be decided by the UN.

Regarding the other big issue – rotating presidency – it must be stressed that the constitution of the Cyprus Republic secures the political equality of the two communities and stipulates that representation (of the two communities) is ensured through discrete electoral procedures. The executive authority is shared by the Greek Cypriot president and the Turkish Cypriot vice-president. And because the Turkish Cypriot vice president could exercise the veto, it meant in effect that the Cyprus Republic from its establishment in 1960 until its collapse in 1964 had TWO presidents, even though one of them had the title of vice-president.

In contrast to the two-ruler constitution of 1960, a rotating presidency with weighted voting would achieve political synergies between the two communities and the creation of bi-communal parties, as the president of the republic would be elected through a unitary election procedure. In such a case the extremist nationalist parties would be weakened substantially.

The Greek Cypriots’ position – that symbolism at least dictates that the president of the republic should come from their community – is understandable to the UN. For us it is really a dilemma: do we want the greater political stability that would be secured by a rotating presidency, through weighted cross voting and a presidency with limited powers, or the continuation of the current system of essentially two presidents? The answer is not straightforward and it would be very helpful if there were a public dialogue on the subject. A dialogue without nationalist platitudes, bubbles, rhetorical fireworks, and, above all, without the division of people into ‘patriotic’ and unpatriotic’.

Not even a child’s murder could make us work together