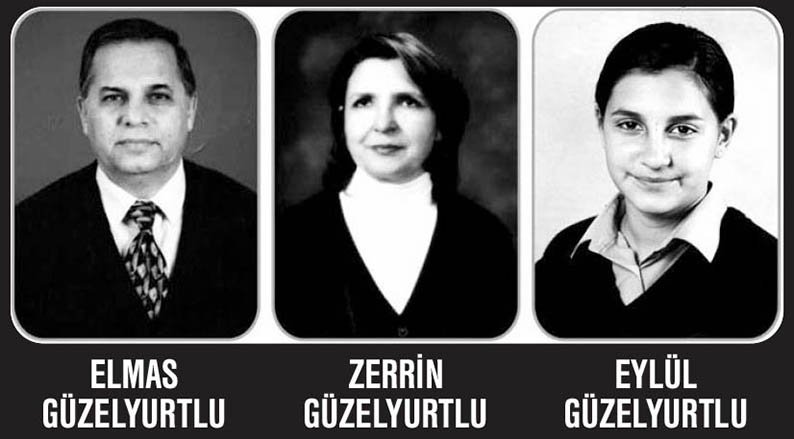 Five top European judges decided this week that even the murder of a child could not persuade the Cypriot leaders to compromise and cooperate to bring her killers to justice. That is a measure of the difficult task the international community faces in Cyprus.

There must be something about the Cyprus problem that flattens the senses and erodes the emotions. When you consider that the case before the court involved the murder of a child, you wonder why our politicians could not put their political differences to one side and seize the opportunity to cooperate and punish child murderers rather than squabble over legal technicalities.

By a strong majority of five to two the European Court of Human Rights Court roundly condemned the attitude of both sides in Cyprus for not cooperating to bring the killers of a sixteen-year-old Turkish Cypriot girl to justice. Eylul Guzelyurtlu was murdered together with her mother Zerrin and father Elmas on the Nicosia-Larnaca motorway in January 2005 by a Turkish Cypriot gang of criminals who escaped to northern Cyprus.

The court found as a fact that the two sides in Cyprus were not prepared to make any compromise. They obstinately refused to meet half way because of political considerations that reflect the intense long standing political dispute in Cyprus. As for the Turkish government, it completely ignored Cyprus’ request for the extradition of the suspects.

The court found that although eight suspects were promptly identified by the RoC police and traced and arrested by the Turkish Cypriot police, their failure to cooperate resulted in their release.

Importantly, the court decided that had there been cooperation the suspects could have been prosecuted. The court said that this lack of cooperation was in part because of a fear that it would legitimise the Turkish Cypriot administration and Turkey’s control of north Cyprus – a view of the law that according to the court is misconceived. The judgement affirmed yet again that cooperation in the apprehension and prosecution of cross border crime does not imply recognition of unrecognised entities express or implied.

The judgement in the Guzelyurtlu case was a long time coming. It took so long that I was driven to write an article in the Sunday Mail on January 22 under the heading ‘Justice delayed is Justice denied’ criticising the court’s inordinate delay.  But ‘all’s well that ends well’ so I unreservedly take back my criticism. It looks as though the court was waiting to see whether the two sides would cooperate but in the end decided there was ‘a lack of diligence that cast doubt on the good faith of the investigative efforts’.

The RoC and the Turkish Cypriot authorities now have an obligation to comply with the court’s ruling. They now have to cooperate in the prosecution and punishment of those responsible for the murder of Eylul and her parents in line with the court’s ruling. How they do so is up to them. If the British and the Libyans were able to agree for a special tribunal to try the Lockerbie bombers, so should the Cypriots be able to agree something similar without any difficulty, unless there is a solution in the meantime. Hope springs eternal!

The court’s criticisms of the political leadership of both sides in Cyprus is compelling. Not to put too fine a point on it, the court decided that the prevailing attitude of those in charge in Cyprus and Turkey is irrational, uncompromising and that they do not engage with one another in good faith.

This does not bode well for the negotiations that are about to resume next week. Lack of good faith is fatal to negotiations. The hope is that the court’s conclusion is confined to the facts of the case; although the impression the court gives is that the approach of the two sides to the case is symptomatic of a more general malaise.

This was the judgement of a very strong court. The five judges who found a violation of the procedural aspect of the right to life against both Cyprus and Turkey were from Sweden, Serbia, Turkey, Switzerland and Slovakia. Their analysis of the facts was impeccable and their application of well-known legal principles unassailable.

The bad news for Turkey is that this is yet another finding of a violation by the European Court of Human Rights. I must say that in my attempts to get the two sides to cooperate I found the attitude of the Turkish Cypriot side hardened after an initial preparedness to hand over the suspects. As the case progressed, its attitude became more and more intransigent. Considering that a young Turkish Cypriot girl was brutally murdered in south Cyprus and that normally any murder trial should take place in the place the offence was committed, I found the offer for the trial to take place in north Cyprus was unreasonable.

The good news for the Turkish side is that despite all the criticisms about the lack of independence of her judiciary, the Turkish judge was prepared to hold Turkey guilty of a violation. Perhaps she was appointed before the recent purge. Fearlessness, independence and absolute integrity are essential character traits of judges.

As I said he was the chief justice in difficult times and no one minded the fact that he was a Turkish Cypriot. Recently the University of Cyprus held an event in his honour as a Cypriot distinguished lawyer. Perhaps there is still hope.

Aesop’s take on the Cyprob

Without an overhaul, Cyta will go the way of Cyprus Airways