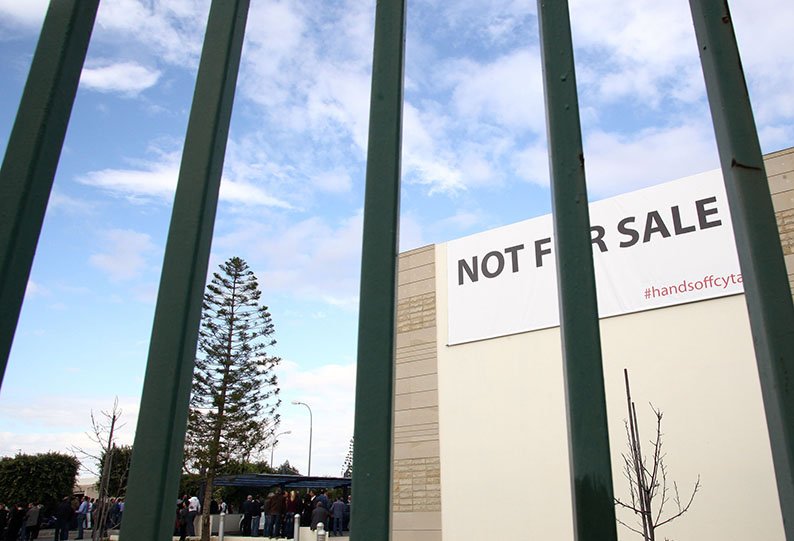 FOURTEEN months ago, I wrote here that in a few years Cyta will be bankrupt and therefore the government should not have been bowing to the unions, offering provocative gifts to its spoiled employees (such as their transfer to the public service) in return for their consent to de-nationalisation.

Last year, the legislature, thanks to an Akel bill that was supported by the ‘patriotic front’, stopped the implementation of the law on the de-nationalisation of Cyta and the EAC. And Nicolas Papadopoulos, in an exhibition of populist behaviour, declared that he had “common concerns with the employees of Cyta”.

Some three weeks ago, the finance minister, Harris Georgiades, said that a new plan for Cyta’s privatisation would be prepared and provide for the sale of minority shareholding to investors with the state remaining as the majority shareholder and owner. He promised that with the new plan there would be no transfer of employees to the public service and they could all stay at Cyta maintaining all their privileges.

Just seven days later Akel, Diko and all the unions rushed to reject the new plan. The only question in need of an answer is how an intelligent minister like Georgiades can believe that the government will find a private investor so stupid that he would risk putting his money in Cyta and take over its management, with the state as the main shareholder and thus leaving the unions still running the show.

Otherwise, the bankruptcy of Cyta, to which I had referred at the beginning, would come sooner than is being predicted. According to the official figures published on March 22, its share of the market continues to decline, falling to below 60 per cent at the end of 2016 for the first time. We should note that in 2008 its market share was 85 per cent. In eight years it has lost 30 per cent of its business. It is also worth noting that on broadband connections only eight per cent of new subscribers choose Cyta while the rest opt for the three private providers. Given these trends, it is obvious that it will not be long before the day comes when Cyta collapses just like Cyprus Airways.

In the meantime, the government, with the approval of the legislature, continues to waste public money to cover Cyta’s ‘holes’. An amendment to the budget, tabled in the House in February, puts the state subsidy to the notorious Cyta Hellas for 2017 at €15.6 million. By 2015, the accumulated losses of this subsidiary had reached €140 million, to which the losses of last year still have to be added.

The same is evident at Cyta UK at which, according to reports, a host of irregularities has been recorded. These included trips abroad by managers being charged to the mother company so that losses would be lower, the hiring of friends and relatives, the squandering of money on the purchase of unnecessary services and more.

To all these losses, we should add the hundreds of millions that the taxpayer will be called on to pay for the different scandals, such as that of Dromolaxia, in order to cover the huge deficits of the Cyta employees’ pensions funds. This, in effect, is a state organisation that survives despite being steeped in corruption. It’s an organisation which, despite continuously receiving funding from the taxpayer, is still described by our demagogue politicians with staggering audacity as “national wealth”.

And the strangest thing of all is that none of us, the mugs who pick up the bill, ever protests.

Not even a child’s murder could make us work together