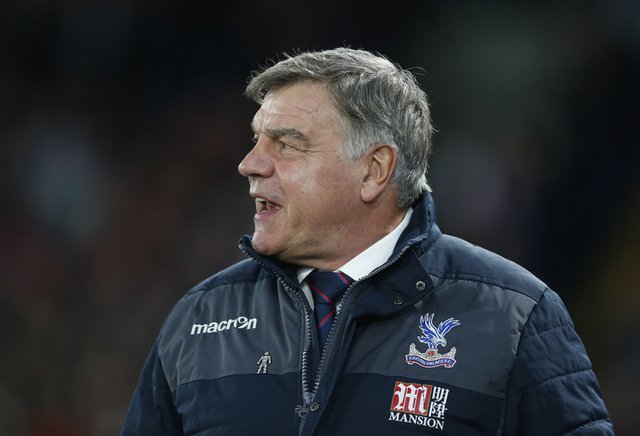 Allardyce, who has developed a reputation over the years as a survival specialist and last season led Sunderland to an unlikely escape from the drop, has been the driving force behind the stunning upturn in fortunes experienced by Palace.

He initially struggled to turn things around after joining the south-London side in December, but since late February Palace have collected 15 points from a possible 18, to climb three places to 16th.

“I was on the wrong end of the (then Sunderland manager) Sam Allardyce factor when I was at Newcastle last season but he looks to have worked his magic again and hopefully we can keep these performances up and get enough points to survive.”

Allardyce’s tactics have not always been the most subtle but under his stewardship Palace have become formidable opponents – particular at their raucous Selhurst Park ground.

Their form is built on a strong, well-organised defence, a physical target man in Christian Benteke and the skill and counter-attacking ability of French playmaker Yohan Cabaye – scorer of their second goal – Wilfried Zaha and Townsend.

Combative Serbia international Luka Milivojevic, who added the third, has looked like an astute acquisition since he arrived from Olympiakos Piraeous in January.

“Tactically the players were aware of how to beat Arsenal,” Allardyce told Sky Sports.

“The first thing was to defend and frustrate them, keep them playing sideways, then use the space behind the full-backs.

“Arsenal have been weak defensively, they leave the centre-backs exposed. We won a lot of possession off them and created lots of chances.

“Cabaye’s goal, what a finish – and that was down to us pressing them. It wasn’t a shock for me because we played Chelsea and won that game (2-1 away on April 1).

“The result might be a shock, but we did that again and did it better. We all know Arsenal are going through their worst spell for years, but the only way to take advantage is by playing well. Everything worked perfectly for us today.”

Palace have moved six points above the drop zone and have a game in hand on most of the teams around them in the relegation battle but they still have to face Liverpool, Tottenham Hotspur, Manchester City and United in their final seven fixtures.

Group of immigrants picked up in Kaimakli