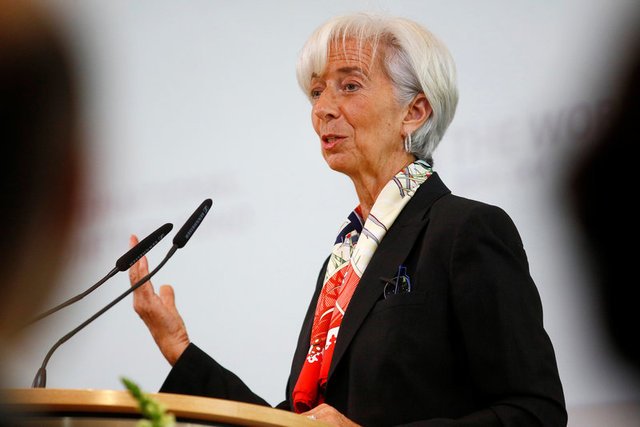 International Monetary Fund chief Christine Lagarde on Wednesday said Greece was heading in the right direction on reforms but talks on its bailout and the IMF’s potential role in it were “only halfway through”.

Greece and its international lenders are negotiating reforms the country needs to carry out to maintain a sustainable growth path in the years following the end of its bailout programme, which ends in mid-2018.

“What I have seen in the last couple of weeks is heading in the right direction. We are only halfway through in the discussions,” Lagarde told a conference in Brussels.

Last week, eurozone finance ministers agreed the “overarching elements” of reforms needed in Greece in exchange for a new loan under its €86bn programme, the third since 2010.

The new loan is needed to pay debt due in July. Talks are continuing and no date is fixed yet for the return of negotiators to Athens. The Greek government believes negotiators could go back to Greece after the IMF Spring Meetings on April 21-23.

“We are still elaborating under what terms we could possibly give some lending to the country. We are not there yet,” Lagarde said, adding any IMF loan to Greece would have to abide by strict conditions.

She said debt restructuring will be needed to guarantee the sustainability of Greek finances. The scope of the restructuring “will be decided at the end of the programme,” but “the modalities have to be decided upfront,” Lagarde said.

McLaren’s Alonso to miss Monaco to race in Indy 500

Poland, Hungary must take in migrants ‘or face legal action’