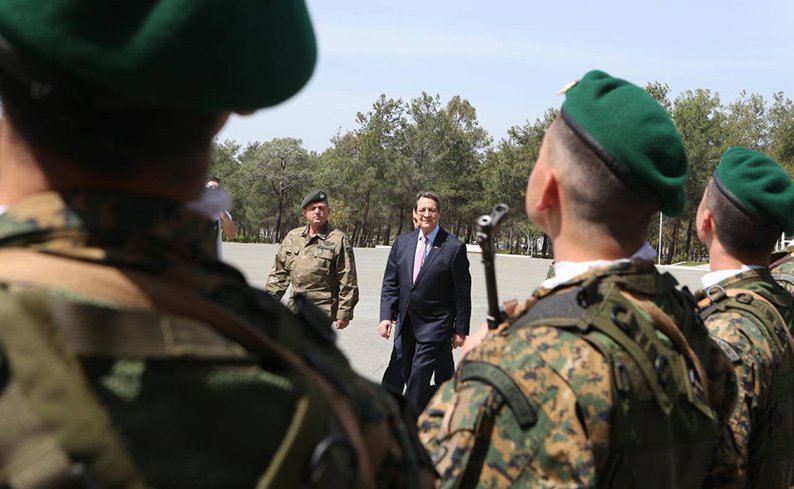 The Republic of Cyprus’ sovereign rights are not negotiable, President Nicos Anastasiades said on Wednesday, in response to Turkish Cypriot leader Mustafa Akinci’s comments that exploratory drilling in the island’s exclusive economic zone in the summer could trigger tension with Turkey.

Speaking to reporters on the sidelines of an Easter-celebration event in Delikipos, Anastasiades said he has “never accepted”, nor will he ever accept, for “any issue touching on the sovereignty of the Republic of Cyprus to be on the negotiating table”.

Commenting on Akinci’s assertion that the current format of the negotiations has been exhausted and that the Turkish Cypriot leader is ready to hear suggestions by the United Nations, Anastasiades said that “in fairness, what has been said by [UN special adviser Espen Barth] Eide himself, and what has been agreed, is no arbitration, no mediation, and no non-papers”.

“If and when required, as we have practiced thus far, where we want to establish whether a demand is legitimate or groundless, we ask what other federal constitutions stipulate,” he said.

“For example, whether effective participation requires, or even allows, for an individual constituent federal state to obstruct decision-making. This causes dysfunction.”

Of course, the president added, there are cases where, due to the fact that decisions may impact one community’s vital interests, such a right may be granted, “but at the same time a deadlock-breaking mechanism must be triggered”.

“In any case, our goal is to find a solution that is functional, lasting, and respectful of the acquis communautaire,” he said.

With regard to Akinci’s view that a solution may be possible by July, Anastasiades said that “without wanting to create problems or triggering confrontation, two months have been lost for no good reason”.

“We all have sensitivities, for many things – I don’t want to comment further,” he said.

“But when you are looking for a solution urgently, you do not suspend negotiations, especially when the reason is not important.”

Commenting on the Turkish Cypriot regime denying a request for Greek Cypriots to hold Easter church services at Ayios Georgios Exorinos in Famagusta, the president said he raised the issue in Tuesday’s meeting with Akinci, who replied that it was a “government” decision, not his.

“What problem could have possibly been caused by a service at Ayios Georgios Exorinos?” he asked.

“It’s not enough to say that the decision was made by someone else. Parliament had also made a decision, but still it was demanded of me to illegally intervene to correct the mistake.”

He was referring to Akinci’s demand, after withdrawing from the Cyprus problem talks, for Anastasiades to overturn a House decision introducing a brief commemoration of the 1950 Enosis (union with Greece) referendum among Greek Cypriots in state schools, which was what prompted the breakdown in the talks.

IS claims suicide bomber attack that kills three in Afghanistan