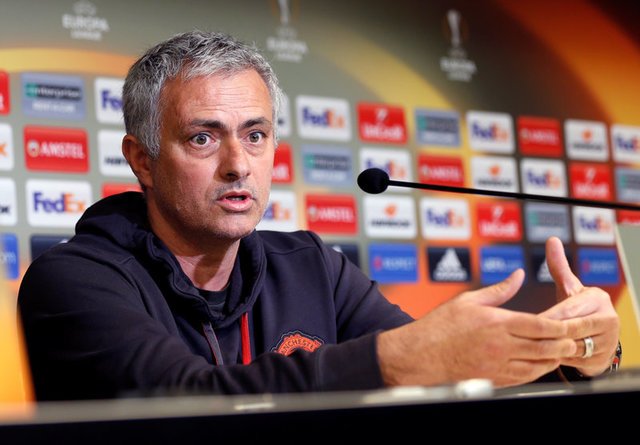 Manchester United have set their sights on winning the Europa League as an alternative route into next year’s Champions League, defender Luke Shaw has said ahead of the first leg of their quarter-final against Anderlecht on Thursday.

United are fifth in the Premier League, four points behind Manchester City, who occupy the final qualifying spot for next season’s Champions League.

The Europa League winners, however, also qualify for the Champions League.

“Every single game is massive now, but I think the one on Thursday is huge,” Show told British media. “We have to treat every game in that competition now like it’s a final. We want to win that tournament.

“The Europa League is a massive thing for us now – it’s a trophy and it gives us qualification for the Champions League. With the players we have got, we can be unstoppable.”

Captain Wayne Rooney will miss the match due to an ankle injury, manager Jose Mourinho said on Wednesday.

The England forward, who has sat out United’s last two matches, did not travel to Brussels for the game.

“He is not happy with his condition,” Mourinho told reporters.

“He has bad feelings with his ankle and he’s not ready to play. Let’s see for the weekend, let’s see for next week. We don’t have many players and need everyone to try to be available.”

United right-back Antonio Valencia should be fit to return after missing the last two games and Mourinho said his side would have to be at their best against dangerous opponents.

“They are a good team and have a certain way of playing, adapted to the qualities of their players,” he said.

“They play well, press well and have talented players. I think we have to play at our best level.

“When a team arrives at this stage of the competition, everyone feels it’s possible to win it. The motivation is high for everyone.

“We still have two open doors (for Champions League qualification) and my feeling is that we are really going to fight in both competitions,” Mourinho said.

“Honestly, I have a special feeling with the Europa League, it’s a competition we can win.”

All in the family: dinosaur cousin’s look is quite a surprise