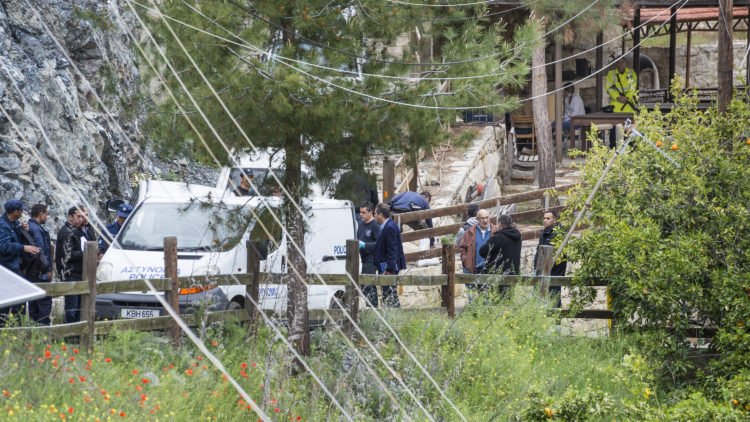 Police on Thursday resumed their search for clues in the gangland killing of businessman Andreas Rodotheou who was gunned down while at a friend’s house at the village of Gerasa, Limassol the previous evening.

The incident happened at around 9pm.

Reports said Rodotheou was having dinner with three other people at the house of friend located in an orchard outside Gerasa. The shooter or shooters, apparently laid in wait on the opposite bank of a river that passes through the area.

“There is a large number of shots and we are examining whether there was more than one perpetrator,” Soteriades said. “According to the evidence so far, it appears the shots came from northwest, from the opposite bank of the river.”

Police cordoned off the area and questioned the men who were with Rodotheou at the time.

A post mortem on Rodotheou’s body on Thursday determined hemorrhagic shock to be the cause of death.

The 61-year-old was struck by a single bullet, puncturing his spinal cord and rupturing his abdominal aorta – the largest artery in the abdominal cavity – leading to profuse bleeding.

The murder coincided with the sentencing of a 39-year-old man who pleaded guilty for the murder of four people in Ayia Napa last summer.

Marios Christodoulou, also known as Benny, was handed four life in prison sentences by the Criminal Court on Wednesday, after admitting to orchestrating the murder of Phanos Kalopsidiotis, police officer Elias and his wife Skevi Hadjiefthimiou, and Albanian Yani Vogli, one of the shooters.

Vogli carried out the murders with Aleks Burelli, who is still at large.

Rodotheou’s name came up during the trial, accused by one of the witnesses as being behind the murders.

Alexis Mavromichalis, himself a well-known figure, testified that he suspected Rodotheou and a man named Giorgos Phenek, wanted Kalopsidiotis dead because they had professional differences.

Kalopsidiotis, according to Mavromichalis, considered the pair responsible for his father’s murder in 2014 and a gangland hit in the summer of 2012 that saw five people killed.

It was said at the time that the shooters were trying to kill Kalopsidiotis who had not been travelling in the car that was ambushed by the shooters.

Benny worked for Rodotheou and had been arrested in February 2015 in connection with a rocket attack in Nicosia that was meant to take out Mavromichalis but killed his 28-year-old bodyguard instead.

The attack followed an incident at the Apoel fan club in which Benny was beaten by Mavromichalis and his men.