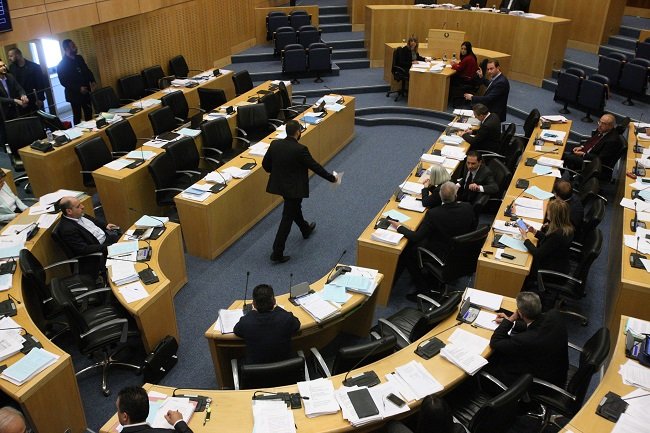 A lot more can be done to track MPs’ expenses and to bring their benefits in line with the rest of the civil service, generating considerable savings for the state, the auditor-general said on Thursday.

Presenting his report on parliament’s accounts for 2016, Odysseas Michaelides zeroed in on the special remuneration status which lawmakers seem to enjoy compared to other state officials.

For example, since October 2011 newcomers in the broader public sector (central government, semi-governmental organisations, municipalities) have had to contribute toward their pension fund. This does not apply to people hired before that date.

However, MPs elected to office after October 2011 do not pay into their pensions.

Moreover, lawmakers – who are paid by the state – are exempt from a 2012 law which mandated taxing the one-off bonus granted to public-sector employees upon their retirement.

Previously, people retiring from the public sector would receive a monthly pension – to which they contributed nothing – as well as a lump sum, which was tax-exempt.

This changed as of January 2013 (for services rendered after that date), but not where MPs are concerned. In addition, their pensionable age continues to be 60, whereas it is 65 in the rest of the public sector.

The above issues have been highlighted in successive reports by the Audit Office since 2014.
Michaelides also flagged what appears to have become a gravy train for people hired as assistants to MPs.

Of the €10 million, €3.5 million was allotted to the salaries of MPs’ assistants and associates.
Within the space of less than a year – 18 months to be precise – the budget for assistants shot up by 37 per cent, and the number of assistants increased by 46 per cent.

In January 2016, 18 new associates were hired, followed by another 14 in June of the same year.

In his report, the auditor-general says these associates are hired haphazardly and not according to standardised criteria.

What’s more, although these persons are hired based on a private contract between themselves and a political party, their salaries are not paid by their employer (the party) but rather by the treasury of the House.

This state of affairs, commented Michaelides, contrasts sharply with the rest of the public sector, where salaries have been curtailed or frozen amid the financial squeeze since the 2013 meltdown.

Meanwhile other perks of the job go unchecked. For instance, the travel expenses allowance – a flat €683 per month – is paid to MPs also during the summer months, when parliament is out of session.

And MPs receive the allowance in full, irrespective of their record of attendance at committees and plenary sessions.

As such, Michaelides suggested that should the travel allowance continue to be paid at a flat rate, it should be cut significantly.
MPs’ airfare is another area where wasteful spending occurs. Often, lawmakers inform parliament of upcoming trips abroad just days before. As a result, flights are booked at the last minute and therefore cost more.

The auditor-general recommends that parliament should ask travel agencies to set up a single corporate account for it, so the account could be credited with air miles.

Title race back on after Apollon beat Apoel