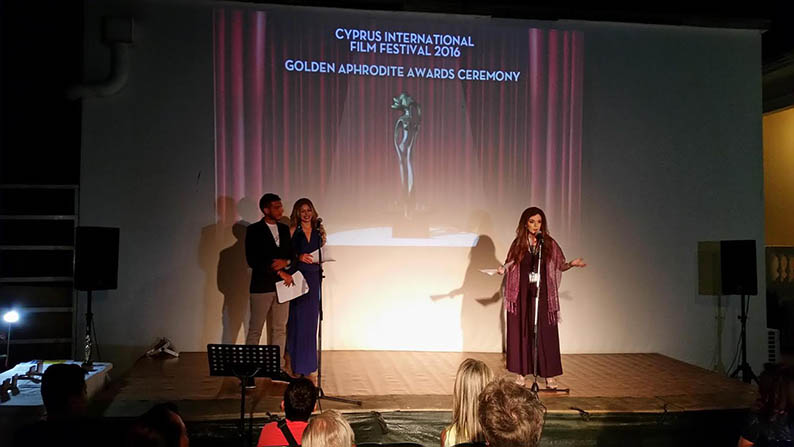 THE Cyprus International Film Festival (CYIFF) has launched a new category this year, the Aphrodite Cinematic Award, which will highlight women in film in Cyprus, and submissions are now being accepted.

The annual festival, now in its twelfth year, will hold film screenings in Paphos from June 14 – 24 at the University of Neapolis amphitheatre, as well as in the renovated Attikon cinema on June 18, 19 and 20, in the parallel programme of Pafos2017.

Festival Director Petra Terzi, told the Cyprus Mail she felt it was important to support women in film and in particular, those connected with Cyprus.

“CYIFF 2017 is launching a new category: “Women filming in Cyprus” where a female filmmaker will win the “Aphrodite Cinematic Award” for a film she filmed in Cyprus.  The aim is to explore the point of view of both female professionals and new directors, reflecting aspects of everyday life in Cyprus. Women have a different point of view and it is good to show this and their human, positive face,” said Terzi.

This category has no restriction on year of production, length, or style of film, and can include shorts, features, and documentaries.

The festival ranks in the 100 best International film festivals among 5,500, according to global film submission platform Filmfreeway.

Terzi said: “This year, Paphos as the Cultural Capital of Europe, attaches great glamour and shine to the festival. We will show films by directors of diaspora in the ‘Nostimon Imar’ category, first time filmmakers can enter their short film  in ‘CYIFF Got Talent’ or ‘Klaketa first’ and first features  into the  ‘Golden Aphrodite’.”

The festival also has a wide programme of related events which create an important meeting place for both Cypriots and foreign filmmakers, said Terzi.

The “Golden Aphrodite” prize is being judged by a distinguished panel of experts in the international film industry, including the legendary, Bill Butler. (Jaws, Rocky)

Each year there is increased artistic global interest in the festival and it is the largest artistic event for independent films in the region, said Terzi. This is the second time that the festival has taken place entirely in Paphos, previously it was held in Nicosia.

Submissions are now being accepted by the festival, from established and new film makers from all over the world.

The Cyprus International Film Festival is also inviting volunteers to join the team.

For further information or to volunteer: www.cyiff.cineartfestival.eu