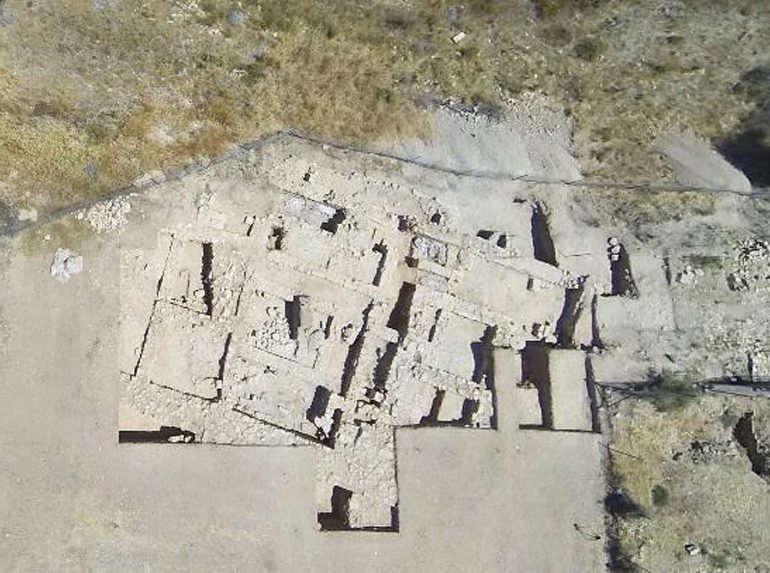 A GOLF club in Paphos has teamed up with a professor of archelogy to create a unique event combining the two that will be open to members and non-members to raise money for UCy excavations.

‘The Ancient Pafos Open‘  will be hosted at Eléa Golf Club on June 11, and both members and non- members are being encouraged to register an interest as soon as possible before the places are snapped up, said Eirini Zinouli, the club’s sales and marketing manager.

The unique tournament is also being organised in cooperation with Gabriel’s Tavern in Kouklia, where the digs have taken place.

“The idea is to raise funds for the archaeological excavations conducted by the University of Cyprus at Kouklia-Palaepaphos,” Zinouli told the Sunday Mail.

The event involves a round of golf, a guided tour of an area of excavations by Professor Maria Iacovou (Department of History and Archaeology, Archaeological Research Unit) while her team, mostly undergraduate student volunteers will be digging on site.

This will be followed by a buffet dinner at Gabriel’s Tavern at Kouklia.

“Participants will be visiting two newly discovered and very extensive monuments – dated from the 6th century BC – that were unknown and invisible until a few years ago. The monuments were constructed by the royal dynasty of Ancient Paphos,” said Zinouli.

Zinouli said that the event came about following a meeting with Iacovou last summer where the golf club registered an interest in supporting the works in Kouklia.

“We are only ten minutes or so from Kouklia and we are very supportive of this purpose. It is important to give information about ancient Paphos and we care about local society and historical evidence,” she said.

The University of Cyprus launched a landscape analysis project in 2006, Palaepaphos Urban Landscape Project (PULP),the target of which is to conduct fieldwork and research in the ancient polity of Paphos (modern Kouklia), an extended archaeological site that is also known as Palaepaphos.

“They have experienced a high degree of success”, she said.

According to the department of antiquities, the completion of the university of Cyprus 2016 field project in the economic-administrative citadel of ancient Paphos, revealed two monuments.

They were both unknown prior to the initiation of the landscape analysis project (2006-2016).

The excavations of Hadjiabdoulla found it houses an extensive storage and industrial complex, whilst the nearby impressive man-made mount of Laona, was also uncovered.

Apparently, the plateau of Hadjiabdoulla, east of the sanctuary of Aphrodite, had functioned as the centre of the royal dynasty that ruled Paphos up to the end of the 4th century BC.

An announcement from the antiquities department said: “The stone-built complex under investigation extends over 65m, along the plateau’s northern edge. It consists of stepped terraces built down the slope, subdivided into production and storage units by means of long cross-walls and parallel retaining walls.”

In 2016, field methods were modified in order to ensure the collection and state of the art analysis of sensitive data from the workrooms and industrial units sealed under collapsed walls and roof materials.

The method was initiated in collaboration with specialised Wiener Laboratory of the American School of Classical Studies in Athens.

Samples were taken for specialist studies, and students were trained in the selection process of bio-data.

As well as agricultural products, such as olives, grapes and wheat, the handling and storage of which was confirmed at the complex, the excavation team also came across an important discovery: a thick layer of crushed murex shells, which was found lying on the floor of one of the units.

“It is the first time that archaeological data confirm the production of the precious and expensive purple dye (from the murex shells) in Cyprus,” said the department.

The second discovery, the Laona mount is situated 75m north of the Hadjiabdoulla complex and is a man-made tumulus (an ancient burial mound) of significant dimensions. Its summit rises to 114.20m above sea level and is a mortuary monument built in order to preserve the memory of renowned individuals.

According to the department of antiquities, this is extremely rare in ancient Cyprus.

“This and its unusual construction with thick horizontal layers of marl alternating with layers of red soil, make the Laona tumulus a special if not unique monument in the Cypriot landscape.”

Whilst red soil could be collected from the surrounding areas, marl had to be quarried from its geological environment, and then transported – most probably by carts- to where the mount was raised.

It has been estimated that the construction of the burial mound required 9,888 cubic metres of marl and red soil in total.

“The ceramic material collected suggest that the tumulus was erected in the 3rd century BC and likely that it was related to the political program of the Ptolemy’s.”

Ptolemy Soter had taken over Cyprus at the start of the 3rd century BC and had proceeded to eliminate the island’s autonomous city-kingdoms.

Also found at the site were two well preserved staircases which face each other and probably led up to towers. A mud rampart was also uncovered but remains mostly hidden due to concerns over erosion from the weather. It is thought to have been constructed late in the 6th century BC.

“This is a wonderful opportunity for members and non-members, but places are limited. We wanted to do something for members, guests and locals” said Zinouli