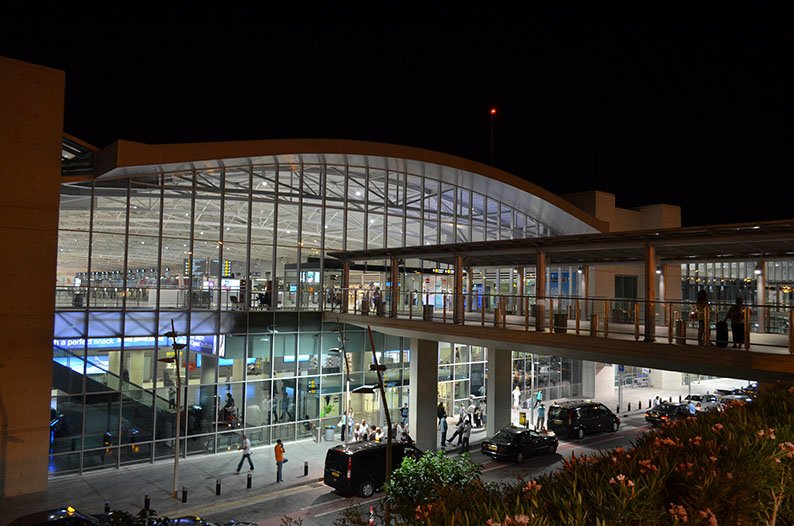 A group of 13 Serbian children and their adult chaperones were denied entry to the Republic at Larnaca airport on Monday, after police realised they were heading to Turkish-held northern Cyprus, the Serbian foreign ministry said on Wednesday.

A statement by the Serbian ministry on Wednesday confirmed earlier reports from the north, stating that the children, all members of a dance troupe, had been “detained” and then “barred from leaving the airport”, before eventually being allowed to enter the Republic of Cyprus following diplomatic consultations.

A statement by the Cypriot foreign ministry on Tuesday, and permanent undersecretary Alexandros Zenon on Wednesday, had denied the reports, saying the children had not been denied entry or deported but merely advised that crossing over to the north would violate United Nations resolutions, and that no consular assistance would be available to them while there.

Zenon added that after being informed of the risks, the group decided to return home.

The singing-and-dance troupe had intended to participate in a Turkish Cypriot-organised festival devoted to the children of the world on April 23, at the invitation of the internationally unrecognised ‘Turkish Republic of Northern Cyprus’.

They booked a return flight to Larnaca from Belgrade and landed at Larnaca airport on Monday morning.

Turkish Cypriot daily Kibris reported on Wednesday that non-EU nationals arriving in Republic of Cyprus-controlled points of entry are asked to state their place of residence in the government-controlled areas during their visit – otherwise, they are denied entry.

According to the paper, two groups of Lithuanian and Russian children, who also arrived at Larnaca in order to cross over to the north for the same festival, were allowed entry by the Republic of Cyprus.

In a statement on Wednesday, the Serbian foreign ministry said that the Cypriot authorities “informed the embassy of the Republic of Serbia in Nicosia […] that a group of 13 minor nationals, aged 9-14, accompanied by four adults, had been detained at Larnaca airport due to a violation of rules regulating the entry into and stay in the Republic of Cyprus”.

“The group was barred from leaving the airport as they were in possession of an invitation letter from the ‘authorities’ of the so-called ‘Republic of Northern Cyprus’,” it added.

“The ministry of foreign affairs of the Republic of Serbia had not been informed about the organised trip of this ensemble to Cyprus and their guest appearance in the north of the island.”

The Serbian ministry said that it was eventually agreed “with the Cyprus ministries of foreign affairs and the interior that the children be enabled to enter the Republic of Cyprus and check in a hotel in Larnaca, where they would stay until their flight back to Belgrade”.

With the exception of three individuals, the group was eventually flown back to Belgrade on chartered flights on Tuesday.

Zenon had cited the case of the three who stayed behind as proof that they could all have stayed if they wished to.

But the Serbian foreign ministry statement claimed they had stayed behind for lack of seats on the chartered flights back home, not because they chose to.

“Air Pink offered to help organise an urgent trip back to Belgrade for these children [so they wouldn’t have to wait for the next scheduled flight on Wednesday],” the statement said.

“Two Air Pink planes landed at Larnaca airport on [Tuesday] and took off an hour later, en route to Belgrade. Due to the limited number of seats, 14 persons boarded the two planes. [Troupe director] Mr Dejan Tosic, his wife, and one child, stayed in Larnaca to return on a regular Air Serbia flight on 19 April.”

The incident sparked uproar in the north, where ‘minister of labour and social security’ Ersan Saner said “it is impossible to understand the Greek Cypriot side’s actions at a time when the negotiations have entered a critical phase”.

“A serious question mark stands as to how we are going to mend our relations with the Greek Cypriot administration, who prevented the children from crossing into the TRNC to take part in children’s day celebrations,” he said.

In a statement, the Turkish Cypriot ‘ministry of national education and culture’ said that “the Greek Cypriot administration has once again demonstrated its fanatical mentality”.

“Whatever the excuse [for sending the children back to their countries], it is high time the world sees and acknowledges the Greek Cypriot administration’s intolerance and prejudice towards the Turkish Cypriot at every platform or organisation,” the statement said.

“How are we to further develop relations with the Greek Cypriot administration, who prevented children who came to Cyprus only to attend a children’s festival?”