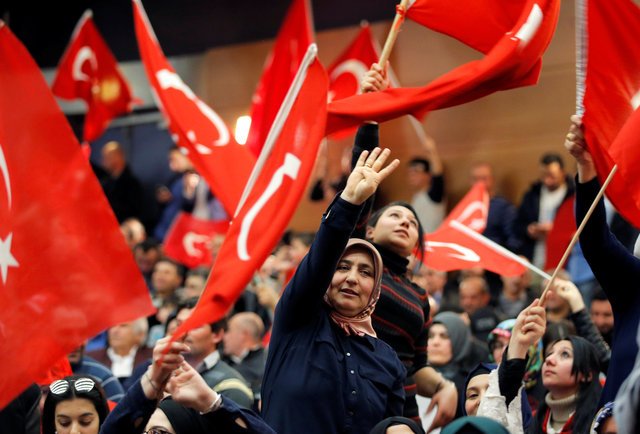 Turkey’s electoral authority rejected appeals to annul the referendum granting President Tayyip Erdogan wide new powers, but the main opposition CHP party said it will maintain its legal challenge to a vote it has said was deeply flawed.

Sunday’s referendum endorsed by a narrow margin the largest overhaul of Turkey’s political system since the founding of the republic nearly a century ago, giving Erdogan sweeping authority over the NATO member-state.

But the tight result of a highly charged campaign laid bare divisions in the country, while European observers and the head of Turkey’s bar associations union said a decision to count unstamped votes broke electoral law.

The High Electoral Board said it assessed appeals from the CHP and two other parties at a seven-hour meeting on Wednesday. “As a result of evaluations, the appeals were rejected with 10 votes against and 1 vote in favour,” it said in a statement.

In response, CHP Deputy Chairman Bulent Tezcan said his party was looking at taking its appeal to Turkey’s Constitutional Court or to the European Court of Human Rights.

“This is a serious legitimacy crisis. We will employ all legal ways available,” Tezcan said.

A defiant Erdogan has dismissed complaints from his domestic opponents and European observers, saying the vote put to an end all debate over the powerful presidency he has long sought.

On Wednesday, the ruling AK Party set out plans for Erdogan to gradually take back the party reins, in a sign it would begin implementing the changes approved in Sunday’s plebiscite.

Until now, Turkey’s president was required to remain above party politics, a condition which was removed in one of the referendum’s 18 amendments.

Prime Minister and AKP leader Binali Yildirim said Erdogan can rejoin the party he founded in 2001 once official results – expected before the end of the month – are announced.

But he said the AKP would not hold a party congress until 2018, indicating Erdogan would not officially become its leader until then. There were widespread expectations he would take over the leadership almost immediately after the vote.

The pro-Kurdish opposition HDP, which had appealed along with the CHP for the referendum to be annulled, said the late decision by the electoral board to allow unstamped ballots meant it was impossible to determine how many invalid or fake votes may have been counted.

HDP deputy chairman Mithat Sancar said the vote was also undermined by the fact that the campaign was held under emergency rule while the party’s co-leaders were under arrest, that its candidates for polling station monitors were rejected, and that state resources were used in the “Yes” campaign.

“This referendum will forever remain controversial,” he told reporters. “You cannot build a change in the political system on such a controversial and unfair referendum.”

Metin Feyzioglu, head of the Union of Turkish Bar Associations, said the decision to count unstamped ballots, without keeping any record of them, removed the main safeguard against voting fraud.

“What makes any country a democracy is the security of the ballot boxes,” Feyzioglu told Reuters. ” … If your ballots are unsafe that means that regime is not a democracy.”

Foreign Minister Mevlut Cavusoglu said on Wednesday a critical report by European observers on the referendum contained several mistakes which he believed were deliberate.

Observers from the Organisation for Security and Cooperation in Europe (OSCE) and the Council of Europe said Sunday’s referendum had been an uneven contest.

“The OSCE’s report has no reliability as their observations lack objectivity and are extremely partial,” Cavusoglu told a news conference in Ankara

Condolences for death of Greek officers