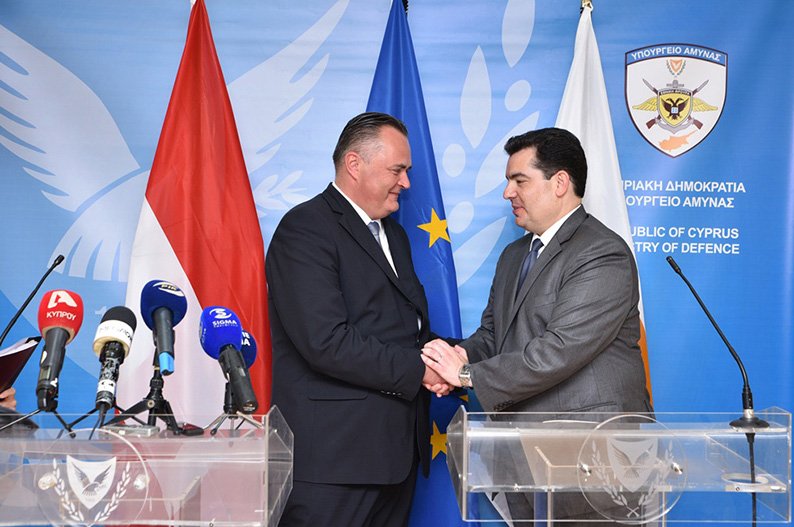 Cyprus and Austria have signed a Memorandum of Understanding (MoU) on cooperation in military matters.

The MoU was signed during a meeting on Thursday between Defence Minister Christoforos Fokaides and his Austrian counterpart Hans Peter Doskozil in Nicosia.

The two ministers described the MOU as a tangible demonstration of the common will of the two countries to deepen relations in the interests of peace and stability.

In statements after the meeting, Fokaides paid tribute to the three Austrian soldiers of UNFICYP who by fulfilling their duty with self-denial and responsibility lost their lives during the Turkish invasion of 1974.

He also said that the government and the people of Cyprus were thankful for Austria`s practical help and longstanding principled stance on the Cyprus issue.

Speaking through an interpreter, Doskozil said information exchange and cooperation with European partners was essential for Austria, especially given the  current state of affairs on political security issues such as terrorism and immigration.

He said Cyprus was a partner in this respect, which made the MoU very important in the context of deepening bilateral relations between the defence ministries of Cyprus and Austria.

“We have developed cooperation in two main areas, crisis management and military education,” he said, adding that the two countries need to work more closely in the fields of security and defence as well as in military training and in joint exercises.”