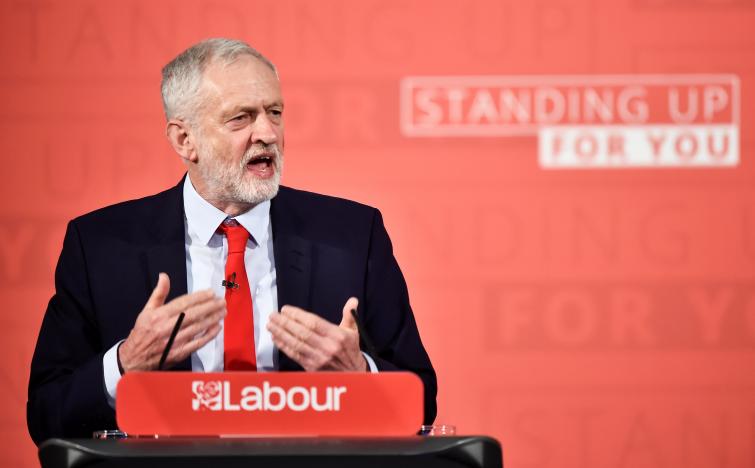 Opposition leader Jeremy Corbyn will vow on Thursday to defeat what he calls a “cosy cartel” at the heart of British politics that protects the interests of the wealthy.

The pledge will come in a speech to launch his Labour Party’s national election campaign.

Opinion polls show Corbyn’s Labour facing a heavy defeat at the June 8 election, which was called by Conservative Prime Minister Theresa May earlier this week to capitalise on Labour‘s poor ratings and to strengthen support for her strategy for leaving the European Union.

Corbyn, battling to control a party divided by his left wing agenda and win support from a public which is unsure of his political views and leadership ability, will seek to tap voters’ frustration at the political establishment.

“They say I don’t play by the rules – their rules. We can’t win, they say, because we don’t play their game. They’re quite right I don’t,” he said in extracts of his speech released beforehand.

“These rules have created a cosy cartel which rigs the system in favour of a few powerful and wealthy individuals and corporations… But things can, and they will, change.”

Last year’s vote to leave the European Union split Labour‘s traditional supporter base, which is divided between typically pro-EU inner city voters, and working-class voters in less affluent areas who voted in favour of Brexit.

Analysis of polling data conducted by the Times newspaper showed May could win a landslide majority of 114 seats, up from the Conservatives’ 12-seat victory in 2015. That would limit the scope for parliament to block or water down her plan for Britain to quit the EU single market and to prioritise immigration control.

But, while May is trying to focus the election debate on Brexit, Corbyn is looking to harness the powerful anti-establishment mood revealed by the EU referendum, which has roots stretching back to the 2007-9 financial crisis.

“How dare they crash the economy with their recklessness and greed, and then punish those who had nothing to do with it,” he will say.

“Labour is the party that will put the interests of the majority first…. The British people know that they are the true wealth creators, held back by a system rigged for the wealth extractors.”