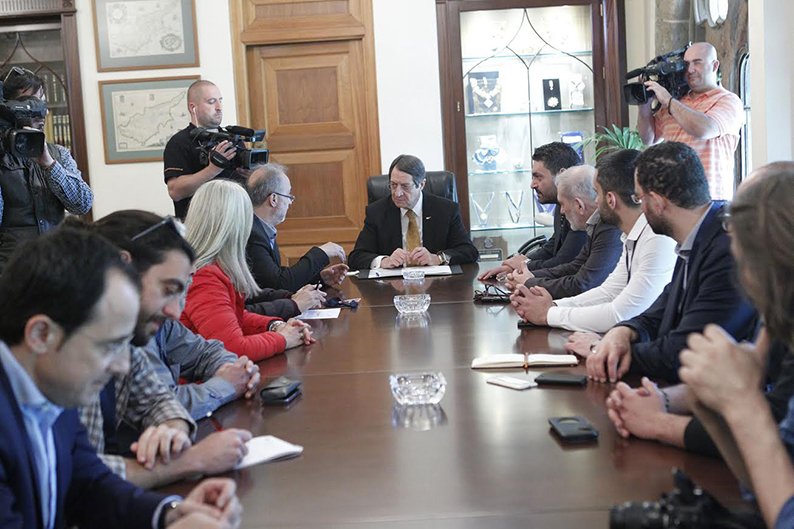 A number of journalists have violated the code of ethics, risking the creation of hate, bigotry, and racism, the island’s media watchdog has said.

According to a written statement, during its last meeting, the media complaints commission looked into the recent situation regarding the Enosis (union with Greece) referendum and the involvement of a section of the media in cultivating a climate of hate and bigotry.

“A thorough examination of the reports showed that a section of the media, and by extension their employees, violate the journalistic code of ethics in a manner that the commission not only considers reprehensible, but also as a risk of creating hatred, bigotry, and racism,” the statement said.

The culprits were not named in the statement.

The commission was referring to the run up of a vote in parliament to reverse a previous decision introducing a commemoration of the 1950 Enosis referendum in public schools.

The decision prompted Turkish Cypriot leader Mustafa Akinci to abandon reunification talks until it was reversed.

The day of the vote saw angry words being exchanged between MPs in parliament and far right supporters heckling the leader of Akel Andros Kyprianou outside.

According to the commission, reporters should, in line with the code, “display ethos, dignity, honesty, conduct, behavior, and a professional level of the highest level, and respect and promote democracy, human values, human rights, and everyone’s basic freedoms.”

“Also, the code provides that journalists and the mass media should not make personal attacks and use abusive and offensive language that tarnish honour and reputation.”

The watchdog sought to remind journalists not to publish inaccurate, misleading, fictitious, or distorting reports or comments, make clear to readers when they were making a personal comment, reporting a fact, or speculating, and avoid reports that could be prejudicial.

Leaders meet under cloud after Navtex issued by Ankara