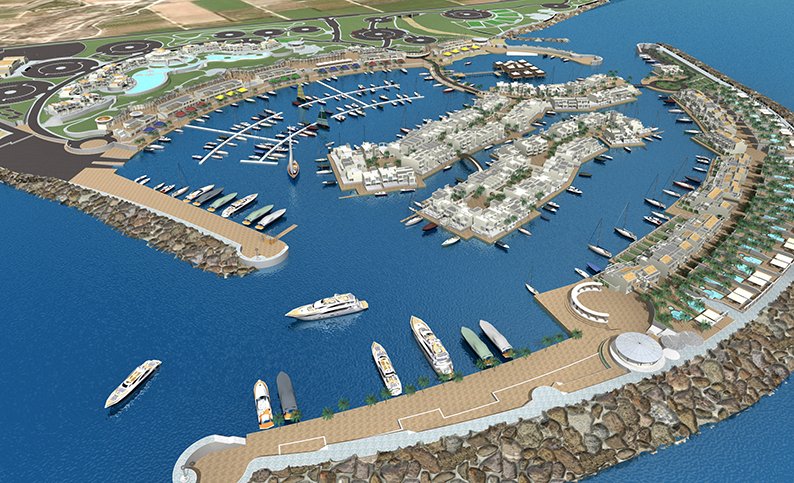 the Poseidon plan for Paphos marina was rejected on Wednesday

THE Poseidon consortium whose bid to construct and run a new Paphos marina has been rejected said on Thursday it would launch an appeal with the supreme court, saying the decision was unlawful.

Poseidon’s tender was rejected by the marine management committee on Wednesday after the Paphos Chamber of Commerce insisted Poseidon didn’t meet the financial conditions of the tender and offered the project to Pafilia developers, which was next on the list of tenders.

But Poseidon project manager Aris Sophocleous said on Thursday that the company had complied with all the criteria.

“It is illegal and they had no right to do it,” he told the Cyprus Mail. “We have submitted a bank guarantee of €130 million from the Bank of Cyprus and a €26.5 million cash deposit, over and above our obligation.”

According to the terms, the company was obliged to prove they had €122 million or 60 per cent of the total amount of €215 million.

“Now they want another €100 million. We have sent letters by recognised auditors which we had no obligation to do saying that the funds will be available,” Sophocleous explained. “Now they say we didn’t submit some data on time, while they kept asking for more and more. This is unbelievable.”

In an earlier statement the consortium said they considered the marina management committee’s decision manifestly void and unlawful.

“This decision lacks any legality and violates any principle and notion of law,” the statement said. “The consortium, having studied the decision, has already instructed its legal advisers to take the case to court and to take all necessary legal and other legal measures to protect its interests and rights to annul the decision.”

The Paphos Chamber of Commerce on Thursday defended their decision.

“Based on the information submitted, we concluded that the conditions were not met and we proceeded to invite the next tender, Pafilia, to prove they can negotiate the contract,” said head of the chamber, Andreas Demetriades. “Yes, they submitted the bank guarantee, but they had to have €100 million in cash. “

He said this meant that the submission was not according to the required documentation.

“The funding is crucial. Pafilia has already confirmed that they have the funding available and they have to confirm it.”

Plans submitted by Pafilia, the biggest developer in Cyprus, had a projected cost of €175m.

Pafilia is currently constructing major residences around the island. Its flagship development is ONE, a building of 37 floors on Limassol’s beach front. Once completed ONE will be the tallest residential seafront tower in Europe with a height of 170 metres.

The Paphos marina is to be located in the area of Potima between Kissonerga and Peyia. It will include up to 1,000 berths and more than 42,000 square metres of residential and commercial developments. The project will take approximately three years to complete.

The Paphos marina project has been dogged by years of delays dating back to 2007 as tenders have been submitted, rejected and gone to court.

Both Poseidon and the Paphos Chamber of commerce said on Thursday, the latest legal action would not further delay the project, the Chamber of Commerce because they will ask the ministry to proceed with the next tender while the case is in court, and Poseidon because they expect a swift court ruling to reverse the decision.