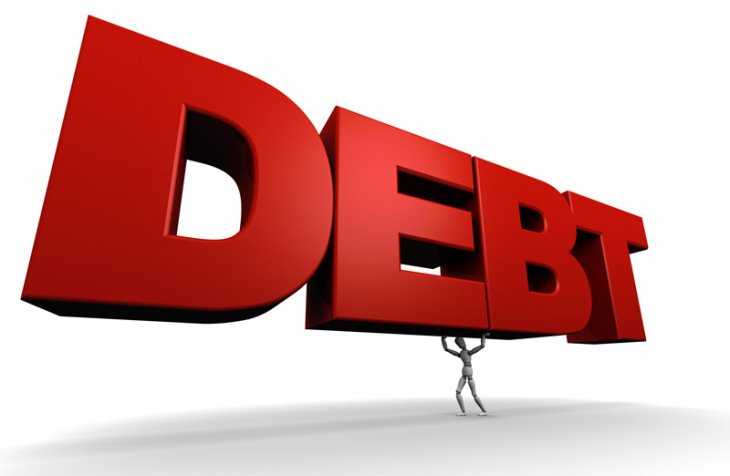 Cyprus should seek to “considerably” reduce its public debt as a percentage of economic output the earliest possible by generating small surpluses, a Bank of Cyprus economist said, days after the International Monetary Fund (IMF) updated its forecast for government debt to 109.3 per cent, a new all-time high.

Public debt, which rose last year to €19bn, or 106.1 per cent, of gross domestic product (GDP), is expected to rise further this year during which the government aims at a marginal fiscal deficit of around 0.5 per cent of GDP, as a result of an expected bond issue to increase government funds. Cyprus’s economy expanded 2.8 per cent last year and while the government forecasts that it will continue growing at the same pace, the IMF expects a gradual slowdown to 2.5 per cent this year and 2.3 per cent in 2018.

“Maintaining liquid funds sufficient to cover the financial needs of the government for a certain period of time may be a bit costly but probably necessary in order to reinforce your credibility and safeguard access to funds at reasonable yields,” said Ioannis Tirkides, economic research manager at Bank of Cyprus, the largest Cypriot lender. “Our net public debt is about eight percentage points of GDP lower than gross debt and I think this distinction is taken into account by rating agencies”.

Last year, the government, which completed a cash-for-reforms programme financed by the EU and the IMF, after successfully restoring market access with the issue of a 7-year €1bn bond at an average yield of 4 per cent, spent a total of €509.7m in interest payments.

“However you measure public debt, gross or net, it is high, which denies the government any fiscal space to be able to respond effectively to outside shocks,” Tirkides said.

Interest payments made up roughly 7.5 per cent of total government spending last year compared to 8 per cent the year before, according to finance ministry data. Cyprus’s public debt is the fourth highest in the euro area, behind Greece, Portugal, and Italy.

Tirkides said that should the government avoid running into deficits this year, the debt level as a percentage of the economy will be declining “over the next few years” with a nominal growth of up to 4 per cent.

The IMF expects a 1.5 per cent inflation rate this year, compared to a 1.2 per cent deflation rate last year.

In 2018, consumer prices in Cyprus are expected to increase 1.4 per cent, per IMF forecast. The organisation forecast that government debt will drop below the 100-per-cent mark first in 2020, a year later compared to its October forecast.

“For a faster pace of decline of the debt ratio, you will need small surpluses,” Tirkides continued, adding that while maintaining fiscal discipline “can be hard,” it still remains “necessary”.

In recent months, Finance Minister Harris Georgiades resisted calls from the European Commission to generate a bigger primary balance, arguing that this would harm growth. The Commission also criticised the parliament’s decision to ditch the immovable property tax and the delay in implementing fiscal structural reforms.

“As growth adjusts to its potential level, maintaining a balanced budget will be harder, which makes it difficult to understand the wisdom of some budget decisions at this time,” Tirkides said.

With presidential elections looming, the government departed last month from its austere fiscal policies of the past four years — which allowed a consolidation of public finances — by agreeing to upgrade the pay scales of medical staff at public hospitals.

Last year, it also shelved its plan to privatise state-telecom Cyta after encountering strong resistance in parliament. It did the same in 2015 with power producer Electricity Authority of Cyprus. The privatisation programme agreed as part of the bailout terms was aiming at generating €1.4bn in revenue to reduce public debt.

With the island’s sovereign rating remaining below investment grade, partly on a stalled reform process, and partly on a non-performing loan ratio in the banking system accounting for roughly 50 per cent of total loans, fiscal sustainability hangs in the balance with the introduction of the national healthcare scheme still pending, the Bank of Cyprus economist said.

“All this is happening at a time when the fiscal impact of health reform is a big unknown thus raising the question, how will you be able to resist all the spending pressures that will come about when you finally do health reform?” Tirkides said. “Rating agencies and markets will be asking and waiting. The problem to credibility is not in the arithmetic of things but in the messages they convey”