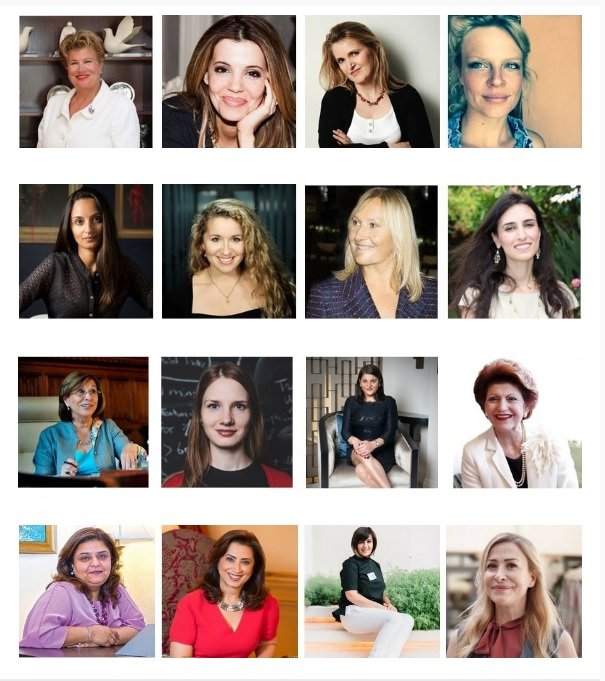 These three qualities, and more, will be apparent at the Creative Women Conference that will take place at the Elysium resort in Paphos on May 4-7 under the patronage of First Lady of Cyprus Andri Anastasiades.

At this second annual gathering more than 100 accomplished female leaders, founders and entrepreneurs from around the world will come together to hear what a line-up of international speakers have to say and also share. This unique women’s event, founded and directed by Olga Balakleets, CEO of Ensemble Productions, is a great opportunity for women from different industry backgrounds to learn from success stories, get inspired to start their own business take the next step in their career and also make connections. Together with her team, Balakleets has managed to develop a conference that encompasses friendly networking, rewarding lectures and hands-on workshops with a holistic approach.

The panel of influential woman speakers, who come from diverse countries in Europe, have been featured in Forbes, Entrepreneur, popular women’s magazines and various global publications. The conference address topics around entrepreneurship, health and wellness, business growth, innovation and female leadership. Presentations, networking and hands-on workshops will take place over the course of three days complemented with beachfront yoga sessions, networking lunches and dinners. The event ends with a beautiful Gala event, in which attendees will enjoy a luxurious dinner with music from Maria Elena Kyriakou and a live performance by Russian Prima Ballerina Ludmila Konovalova.

The speakers include the co-founder of Infogram – a data visualisation platform with a mission to create and deliver tools for people to tell and understand the stories behind data – Alise Semjonova, psychologist and author Dr Linda Papadopoulos and Former European Commissioner for Education, Culture, Multilingualism & Youth Androulla Vassilliou.

Semjonova has witnessed Infogram’s growth from day one while working on continuous improvements and studying overall user reaction. Her background is in graphic design but after she begame passionate about digital product development she pursued her Master’s degree in Human-Computer Interaction.

Papadopoulos is one of the most well-known and respected psychologists working in the UK today. Her 17-year career as a research scientist and practicing psychologist has led to her work being published in some of the most well-regarded academic journals. Her observations regarding the psychology behind news and current events are syndicated by the press and discussed by television and radio networks both in Britain and in America.

Vassiliou studied law and international affairs in London and practiced law for 27 years. She represented the Cyprus Parliament at the Inter Parliamentary Union and the ‘Convention on the Future of Europe’. In March 2008, she became a member of the European Commission and for two years she was the EU Commissioner for Health. In March 2010 she was entrusted with another portfolio and she became EU Commissioner for Education, Culture, Multilingualism and Youth, a position she held until October 2014.

Women interested in registering for the conference can gain early bird access when they visit the website www.creativewomen.co/register and follow the online registration process. They can select various packages and add-ons to meet their preferences. For instance, there are options to have access to the entire conference (lectures, workshops, lunches, dinners, Gala) or a one-day pass or select any additional events.

The Creative Women Conference
A conference with over ten international speakers. May 4-7. Elysium Resort, Paphos. € 450-75. All day event. Register at: http://creativewomen.co/register/

Cuba Gooding Sr. has died at the age of 72