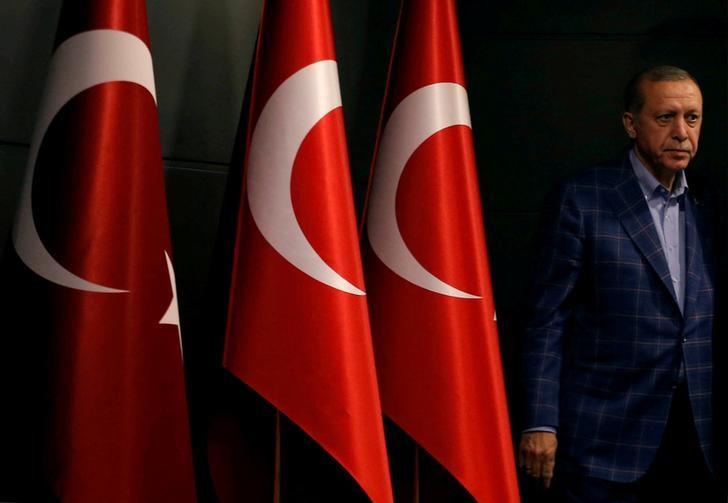 Preliminary referendum results gave a narrow 51.4 per cent approval for the biggest overhaul of Turkey‘s political system since the modern state was established nearly a century ago, but opposition parties said the poll was deeply flawed.

Held under a state of emergency in place since a failed coup last July, it was criticised by European election observers who said the decision to allow unstamped ballot papers to be counted had removed a main safeguard against voting fraud.

All ballot papers should have been stamped by the electoral authority before voting started to show that they were valid.

Erdogan and government ministers have rejected criticism of the vote as politically motivated, and the High Electoral Board (YSK) dismissed on Wednesday challenges by the main opposition Republican People’s Party (CHP) and two other opposition parties.

“We are filing an appeal to the council of state today demanding the cancellation of the YSK decision to accept unstamped ballots,” CHP Deputy Chairman Bulent Tezcan said. The council of state is the judicial body which handles complaints and appeals against state and public institutions.

Tezcan also said the CHP would demand that the official results of the referendum be postponed until the case is resolved. The YSK had said on Sunday it would announce final results 11-12 days after the vote.

The CHP and the pro-Kurdish HDP party, which says millions of unstamped ballots were accepted, have said they could also appeal the referendum result at the European Court of Human Rights if their legal challenges fail in Turkish courts.

Erdogan has dismissed them as sore losers, saying the YSK was the final arbiter of electoral issues and neither Turkey‘s Constitutional Court nor the ECHR had any jurisdiction.

“This is over. The people have decided and the national will has made its voice heard,” he told television news station A Haber late on Thursday.

Prime Minister Binali Yildirim, whose post will cease to exist once Erdogan’s all-powerful presidency proposed under the referendum comes into effect, said everyone had a right to complain – but it would not change the outcome.

“These are useless attempts. The YSK makes a decision on these issues and it ends,” he told reporters on Friday. “There is no higher legal authority in this regard.”

Asked whether the European Court of Human Rights could issue a ruling on the case, an ECHR official said that anyone could submit an appeal to the court once they have exhausted their options for justice at home, but that it would be difficult to say in advance whether the court has jurisdiction.

Turkey‘s bar association said this week that the last-minute decision by the YSK electoral board to allow the unstamped ballots was clearly against the law, prevented proper records being kept, and may have impacted the results.

Few in Turkey expect legal challenges to the referendum to lead to a recount, let alone a re-run. But if unresolved, they will leave deep questions over the legitimacy of a vote which split the electorate down the middle, and whose polarising campaign drew criticism and concern from European allies.

The HDP party, whose two co-leaders were jailed last year, said it was determined to pursue legal appeals, but appeared to concede there was little prospect of success.

Going to Turkish courts or the ECHR “doesn’t mean these applications will yield a result,” spokesman Osman Baydemir said. “Applications to these mechanisms will be made to take note in history.”