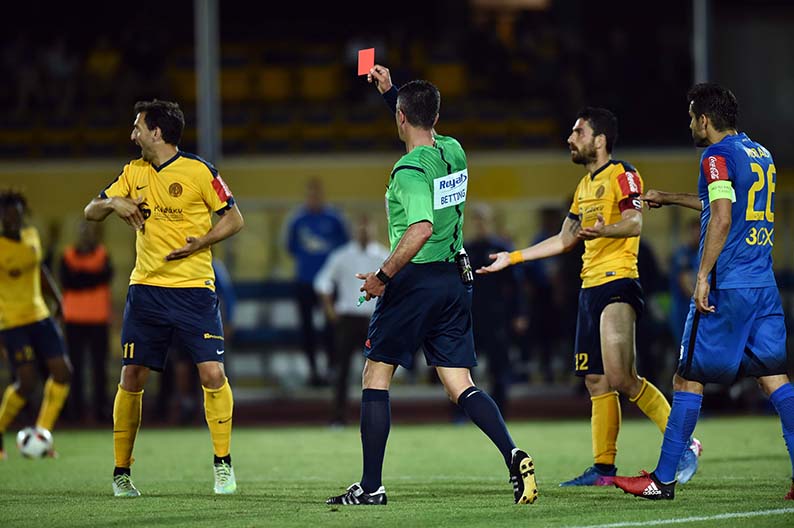 THE Cyprus football championship enters the final stretch this weekend as the second and final round of the playoffs begins. With just five games remaining, the chasing teams in both groups, are beginning to run out of time.

In the Championship group, Apoel hold a four point advantage over second placed Apollon and they should be able to at least maintain the difference as they take on bottom-placed Anorthosis in Nicosia.

Apoel’s injury list may ease on Sunday with Embezilio and Vinicius expected to be back, but coach Thomas Christiansen’s problems are compounded with the absence of two of his most consistent players – Nuno Morais and Nick Ioannou – due to suspension.

Anorthosis have problems of their own with Colunga and Aguilar out with injury and Victor and Guilerme missing the game through suspension.

Their coach, Rony Levy, will also have to decide whether to rest players three days before their crucial first leg semi-final game against Apollon as the Cup is the only way his team can compete in Europe next season.

Apollon are up against their Limassol neighbours AEL who always give them a tough game. The last time they met, Apollon rescued a point thanks to a last gasp equaliser.

AEL, who got knocked out of the Cup by Apoel last Wednesday, will now put all their efforts in the league in an attempt to hang onto fourth place that under certain  circumstances will could lead them to Europe.

Arruabarrena, bizarrely red carded in Wednesday’s Cup game, and Dossa Junior are the only two absentees for the game, while Apollon will be without Roberge, Angeli, Bendoyia and Abraham Guie, who is not expected to play again this season.

Omonia, as so often has happened this season, have their back against the wall and only a win against third-placed AEK will keep their chances of the coveted fourth place alive.

The central defender pairing of Vyndra and Arnasson face late fitness tests with their chances of making the team rather slim, especially for the former.

Ivan Triscovski and Hector Hevel are suspended, but influential midfielder Larena is back after serving his one game ban, while Vincent Laban has recovered from his injury and will probably start the game.

Last week’s results have put Cup semi-finalist Doxa Katokopias in a precarious position as they now lag five points behind Karmiotissa and Aris.

Doxa face a tough away game against group leaders Ermis and only a win can keep their slim hopes of survival alive.

Aris are at home to indifferent Nea Salamina while Karmiotissa travel to Achna to face one of the stronger teams in the group, Ethnikos.

Death toll in Afghan base attack rises to 140

KOA says capacity of new Limassol stadium yet to be decided