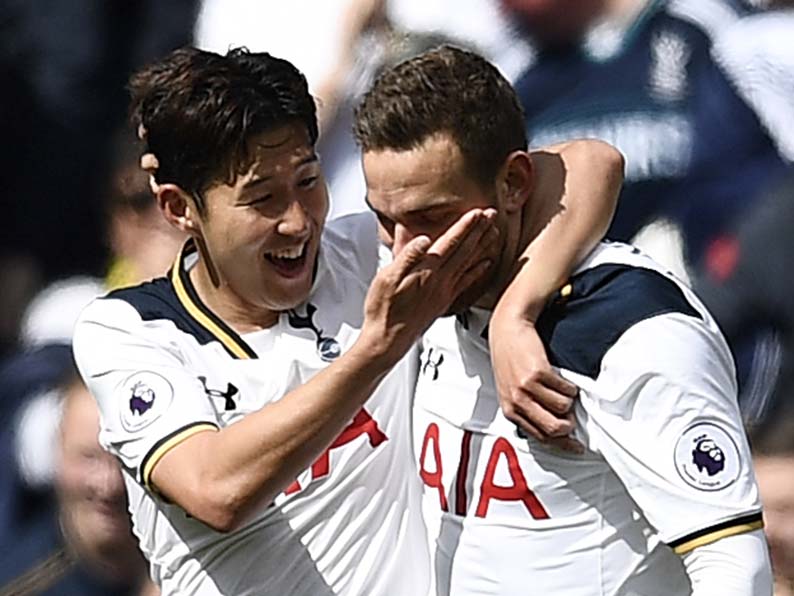 TOTTENHAM Hotspur fans could be excused for putting their faith in the old mantra “what goes around comes around” as Saturday’s seismic FA Cup semi-final against Chelsea looms.

Decades of misery have been inflicted by a club they once lorded it over so victory at Wembley would not only heal some of the scars but also fuel belief that the Premier League title race could yet have a final twist.

While a win would put Tottenham in their first FA Cup final since they beat Nottingham Forest in 1991 — possibly against north London rivals Arsenal who play Manchester City on Sunday — it could have wider ramifications for the final weeks of the season.

In the space of a few weeks, Tottenham have whittled long-time league leaders Chelsea’s advantage down from 13 to four points thanks to their own dazzling form and defeats by Crystal Palace and Manchester United for Antonio Conte’s side.

The cracks that have appeared in Chelsea’s facade could open wider should they succumb to a rampant Tottenham side who have won seven successive league games.

Conversely, should Chelsea prevail it would surely give them the impetus to claim the Premier League and FA Cup double they last achieved under Carlo Ancelotti in 2010.

“For the neutral it’s a fantastic game and for us it’s a great opportunity to go into a final,” Chelsea defender Gary Cahill said. “Two very good sides are going against each other.

“Every top player enjoys big games and this is a huge one at the weekend. But you only enjoy them if you win them. That’s our focus, to win and then get back to the League.”

The last of Chelsea’s seven FA Cup triumphs came in 2012 when they also met Tottenham in the semi-final.

It proved to be a chastening experience for Tottenham as they were crushed 5-1 with the aid of a disputed second goal scored by Juan Mata.

If that were not a bitter enough pill to swallow a few weeks later Harry Redknapp’s Tottenham side saw a Champions League place ripped from under their noses when Chelsea improbably beat Bayern Munich in Bavaria to win the competition.

Tottenham had finished fourth to Chelsea’s sixth in the Premier League and ordinarily would have qualified for the Champions League. Instead Chelsea did as winners and Tottenham dropped into the Europa League.

The pain continued last year when Tottenham needed a first win over Chelsea at Stamford Bridge for 26 years to keep alive their hopes of catching Leicester City in the title race.

Goaded by Chelsea’s fans and players they burst into a 2-0 lead but ended up drawing 2-2 in a game that spiraled out of control and ended with nine Spurs players booked.

In between there was the small matter of the 2015 League Cup final in which Jose Mourinho’s Chelsea beat Tottenham 2-0.

Tottenham’s last piece of silverware, the 2008 League Cup, was won against Chelsea at Wembley but of their last eight visits to the stadium they have won once — a worrying statistic seeing as they are likely to adopt it as temporary home next season.

Chelsea have been at pains to distance the title race from Saturday’s duel, but momentum is key when the season reaches the final sprint and while an all-London Cup semi-final hardly needs selling, the fact that it is between the two clubs contesting a two-horse title race adds to the intrigue.