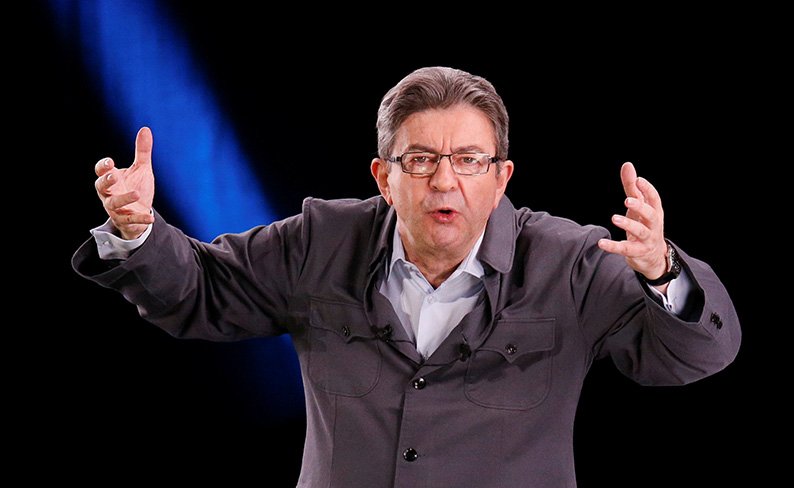 There are six possible outcomes to today’s vote. One of them pits a fascist against a crypto-communist

Here’s how the French presidential election is going to work. This Sunday’s vote will pick the leading two candidates, who will then have another two weeks to campaign for the run-off vote. But the leading four candidates are now bunched together so closely in the polls that any two of them could make it through to the second round. Including a couple of quite worrisome people.

The permutations and combinations are mind-bendingly complex. One reporter interpreted the pollsters’ latest attempt to predict the second-round outcome as follows: “Macron would win the run-off against any opponent, while Le Pen would lose. Melencthon would defeat everyone except Macron and Fillon would lose to all except Le Pen.”

The point, however, is that nobody knows which two will actually be in the second round. The four main candidates are all predicted to win between 19 and 22 per cent of the votes this Sunday, a spread that is no greater than the polls’ margin of error. And as of last weekend, one-third of the voters were still undecided.

So there are six possible outcomes to this Sunday’s vote – and one of them, just as plausible as the others, would see the fascist and the crypto-communist fighting it out for the presidency in the second round.

Two of the candidates, Emmanuel Macron and Francois Fillon, are worthy centrist figures in the traditional mould of French presidents. Macron, a former investment banker, has a younger, more modern vibe, something like a French Justin Trudeau, but neither man poses any serious threat to the status quo. Whereas the other two….

Marine Le Pen inherited the National Front from her father, Jean-Marie Le Pen, who founded it in 1972 as an anti-immigrant, ultra-nationalist, neo-fascist movement. He gloried in outraging mainstream opinion, even indulging in Holocaust denial, but fifteen years ago he made it into the presidential run-off.

And that’s as far as he got. Every other party’s voters united in support of the rival candidate, Jacques Chirac (some holding their noses – one slogan was “vote for the crook, not the fascist”), and the senior Le Pen was resoundingly defeated, getting only 18 per cent of the run-off votes. Which taught his daughter that anti-Semitism doesn’t win votes any more. But anti-Muslim rhetoric still does, and extreme nationalism still works too.

“My first measure as president will be to reinstate France’s borders,” she said this week. Out-Trumping Trump, she promised to stop all immigration to France right away, and to allow only 10,000 a year to come in when the total ban is relaxed. She also promises to pull France out of the euro common currency, and to hold a Brexit-style referendum on leaving the European Union altogether.

If France followed Britain out of the EU, the organisation would probably not survive. With the EU’s second- and third-largest economies gone, Germany would utterly dominate the remaining 25 smaller economies, which would prove an unsustainable relationship in the end. And without the discipline of EU membership, it’s likely that former Eastern European members would drift into internal repression and external conflicts.

Jean-Luc Melenchon, the other rogue candidate, also dislikes the European Union. He says he would rather change the EU radically than leave it, but in practice he is just as nationalist as Le Pen, and a good deal more radical socially. As a student, he was a Trotskyist activist.

Today Melenchon is just hard left, but very hard. He wants to quit the Nato alliance, the World Trade Organisation, the International Monetary Fund and the World Bank, all of which are “instruments of a failing global capitalism”. He wants to limit pay for CEOs to 20 times the salary of their worst-paid employee, and impose an absolute income ceiling of 400,000 euros ($425,000), above which the tax rate rises to 100 per cent.

He’s as enthusiastic about Vladimir Putin as Trump was until a few months ago. He’s also a fan of the late Hugo Chavez of Venezuela (whom Trump does not openly admire, but whose political style he closely emulates). Melenchon is sharp and innovative: on some days he appears in half a dozen cities as once, speaking as a live-action hologram.

He’s funny, too. “Once again, they are announcing that my election win will set off a nuclear winter, a plague of frogs, Red Army tanks and a landing of Venezuelans,” he wrote in a recent blog post. That’s not true, of course, but it certainly would make Europe a very different place politically.

So how likely is this apocalyptic Le Pen-Melenchon run-off in May? Maybe one chance in six, because the voters can only choose one candidate, not which two they want to see in the run-off. And who would win a Le Pen-Melenchon contest? Probably Melenchon, because he could persuade more people to hold their noses and vote for an ex-Trotskyist than Le Pen could convince to vote for the unshriven daughter of a fascist.

Preparing for a sale in a buyers’ market

The black anniversary we should mark