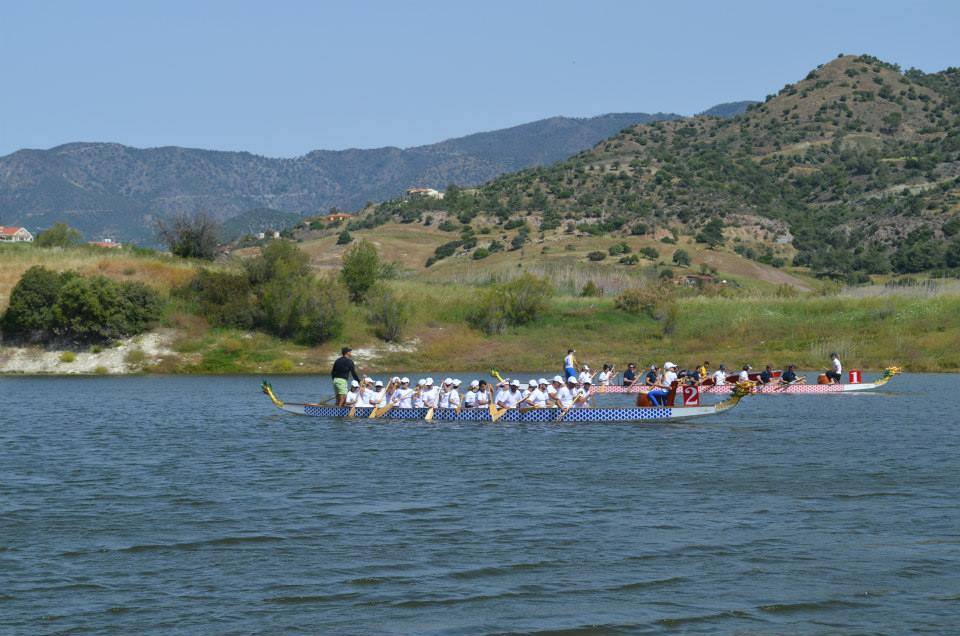 Using Cyprus’ many beautifully located reservoirs for organised leisure activities such as water sports would appear to be an obvious way of expanding the island’s tourist attractions for local and foreign visitors alike.

Yorkshire Water in the UK, for example, provides clean water to five million people and manages 120 reservoirs. But it also actively promotes those reservoirs as tourist attractions, providing water sport and fishing opportunities and walking, cycling and horse riding routes.

Many of Cyprus’ reservoirs are every bit as beautiful but are usually devoid of visitors other than fishermen or the more adventurous hikers.

The issue is legislation, or rather the lack of it.

A limited amount of water sports does in fact take place in Cyprus’ reservoirs. At a recent parliamentary environment committee meeting, water sport enthusiasts were warned to stop using Polemidhia reservoir on health grounds because it was so polluted from contaminated water flowing into it.

General director of the sports association Philippos Sophocleous says those reservoirs where water is only used for irrigation have been utilised for sports since 2002 after an agreement with the agriculture ministry.

However, here is the crux of the problem. This grey area agreement was never turned into a law.

The next step at the time was to draft a bill. An early draft was rejected in 2006 by the attorney-general as it was deemed that the issue of safety was not adequately addressed and it was possible that the government could be sued in case of an accident as the reservoirs are government property.

New drafts have since been presented and rejected, sometimes getting stuck in government offices, meaning that the case has now dragged on for 15 years.

The law is important for the sports federation, as over the years they have spent hundreds of thousands of euros in equipment in order to offer professional services.

According to Sophocleous the use of reservoirs is essential for training and games. Conditions are very different from the sea, where waves make it difficult to carry out ski slalom, for example. Speed is also controlled, with a boat for water skiing travelling at exactly 56 km/h all the way across the reservoir.

The rowing, kayak, dragon boat and water skiing associations have finally paid professionals for advice out of their own pockets and have come up with another draft which they very much hope will not be rejected this time.

This was completed in 2014 and according to Christos Georgiou, representative of the Cyprus dragon boat federation, has been held up in an agricultural ministry department for a year and a half but it is now being considered by the attorney-general’s office.

In the meantime, the water development department has made only minor attempts to prevent the recreational activities.

“Until the legislation is approved the activities are illegal, and the department has in the past sent letters to the sports federation asking them to stop what they are doing,” Andreas Manoli, head of the water development department, told the Sunday Mail.

He concedes that the department has held off taking tougher action.

“There are many people involved in this, and we didn’t want to create a political problem over this,” Manoli said.

He is not sure if there will be a law soon. “I cannot forecast the time. It has to be approved by the council of ministers and the parliament.”

The Cyprus Tourism Organisation (CTO) is fully aware of the tourist potential in the greater use of reservoirs and is keen to promote it but does not want to interfere with the government’s ruling on the matter.

“The CTO is aware that a relevant legislation is currently being finalised by the competent government departments with regards water sports activities in reservoirs,” said Lygia Theodorou-Dermatis, the CTO official in charge of special interest tourism.

“We have asked the legislators to take into consideration that angling and water sports in reservoirs are activities which can enrich the tourism experience offered on the island.”

Though all want a law to be passed soon, Georgiou is not sure the situation will be resolved in the near future.

“The attorney-general has a huge workload,” he said.

All acknowledge it is a big issue which is not about to disappear.

Both the Cyprus sports association and the water sports federation are adamant that their activities do not pollute reservoirs.

According to director of the sports association, Philippos Sophocleous, they make use only of those reservoirs where the water is used solely for agricultural irrigation.

In addition, the athletes yearly clean the areas around the reservoirs.

“One year we collected 320 green bags of rubbish from Germasogeia, a whole truck,” he said.

“The pollution comes from people who dump chemicals which are carried by rain to the reservoirs,” Georgiou noted, adding that the associations have carried out their own environmental studies to ensure their members are safe.

He even goes as far as to say that the reason the water development department has not cracked down on their activities is because they understand the quality of the water is actually improved.