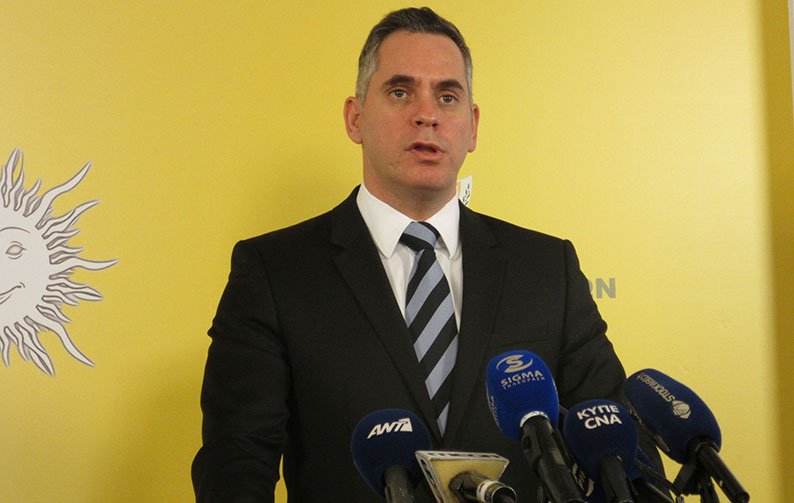 The Diko leader keeps talking about a new way forward in the talks, but reveals nothing

THE SO-CALLED national council convenes on Monday at the request by the super-patriots of the ‘in-between space’, with the aim of “evaluating the situation and new conditions after the referendum in Turkey”. Already the most patriotic of our politicians have publicly expressed their evaluations without waiting for the meeting of what Giorgos Perdikis in the past described as the ‘national chicken coop’.

According to Diko, President Erdogan’s success “gives rise to serious suspicions that a hardening of the Turkish stance is imminent”. But why is Diko worried? A further hardening of Turkey’s stance, would mean the end to even the smallest possibility of a settlement. Consequently, instead of pretending it was worried, Diko should be celebrating and sending a congratulatory telegram to Erdogan for his success.

Another political wizard, the leader of the Citizens’ Alliance, Giorgos Lillikas, appears more honest. He is not worried about the lack of settlement, but is concerned because the talks “will continue against a background of threats and blackmail by Turkey with regard to the natural gas and the drilling programme”.

Lillikas has not forgotten the ingenious plan he proposed in 2013 by which we would pre-sell our natural gas, with a delivery date of 2022, so we could collect the billions needed to avoid the bailout and send the troika home. He is worried that in this climate of “threats and blackmail” the drilling will be called off and he would be unable to implement his plan now that he is preparing to become president.

It is interesting to note that back in 2013 the price of natural gas ranged between $12 and $14 per MMBtu while today it has plummeted to $2.5 to $3 per MMBtu. You can imagine what super-profits we would have had today if back then Lillikas had succeeded in finding enough idiots to buy our gas (which we had not yet discovered) at prices five times higher than today’s, in order to deliver 10 years later!

How beautifully the Diko chief expounds his views. The only problem is that this ingenious new strategy, for some peculiar reason, cannot be revealed and he is keeping it secret. Meanwhile, in this same statement, Papadopoulos puts President Anastasiades in the dock.

“The President of the Republic needs to explain to the people how he intends to face Turkish provocativeness. He needs to give explanations as to how he intends to tackle the continuing violations and, as things are showing, the increasing, stepped up violations of our EEZ by the Barbaros (Turkish surveying ship).”

The person who needs to do the explaining is Papadopoulos himself. As he knows how Turkish provocations should be tackled, he has an obligation to let us know as well. He needs to reveal this ingenious “new strategy” he has in mind. Why is he keeping his mouth closed?

This question applies to all the leaders of the “patriotic” front. At some point they should finally tell us about their great strategy with which they can confront Turkey. For me it is treasonous that our political wizards know the way of getting the Barbaros out of our EEZ, but say nothing.

Tomorrow, at the meeting of the national council, Papadopoulos has a wonderful opportunity to put his cards on the table. As the incompetent Anastasiades cannot get rid of the Barbaros, Papadopoulos should take on this responsibility, by revealing the “new strategy”. I promise I will vote for him in the presidential elections if he does just that.

The black anniversary we should mark

My kingdom is not of this world