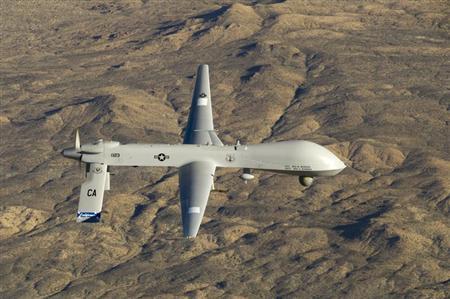 Three Yemeni civilians were killed when a drone attacked four suspected al Qaeda militants travelling in a vehicle in the southern part of the country, residents and a local official said on Monday.

Residents said the attack in al-Saeed area of Shabwa province on Sunday afternoon was by a United States drone, part of a campaign by President Donald Trump’s administration against Yemen‘s al Qaeda branch.

They said Al Qaeda in the Arabian Peninsula (AQAP) was known to operate in the area and had been targeted by US forces in recent months.

The vehicle was completely destroyed in the drone strike, which also hit three civilians who happened to be passing nearby, the residents and local officials said.

AQAP has exploited two years of civil war to recruit followers and cement its dominance in the central and southern part of Yemen, where a Saudi-led coalition has been fighting the Iran-aligned Houthis to try to restore President Abd-Rabbu Mansour Hadi to power.

The Houthis seized much of northern Yemen including Sanaa in a series of lightning military operations that began in 2014, eventually forcing Hadi to flee. The Houthis regard their move on Sanaa as a revolution against corruption.

The United States has repeatedly attacked AQAP with aircraft and unmanned drones in what US officials say is a campaign to degrade the group’s ability to coordinate attacks abroad.

The new US administration has not yet laid out a clear policy on drone strikes, but Trump has said he would support an escalation of the fight against Islamist militant groups.

US drone strikes have become more frequent in recent weeks, with at least six reported by Reuters last month.

In late January, at least 30 people were killed in a US commando dawn raid in southern Yemen, including at least 10 women and children, in the first such military operation authorised by President Donald Trump.