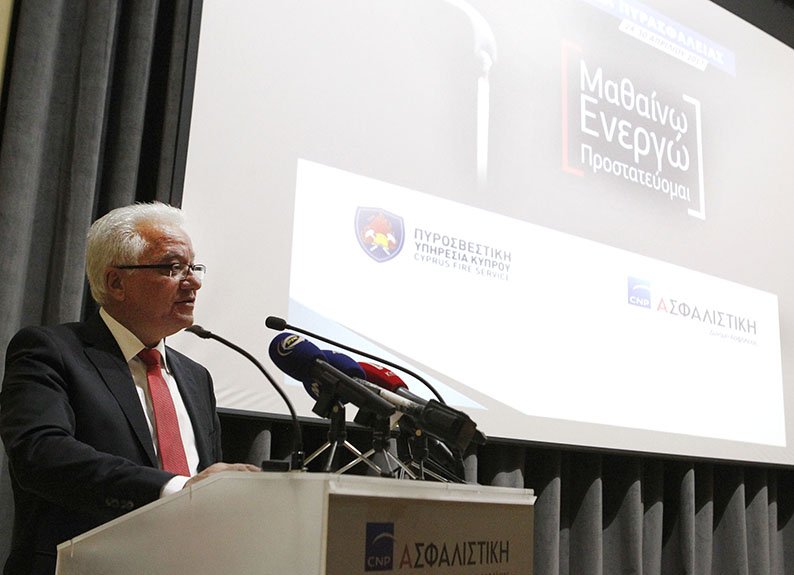 New measures to boost the island’s ability to fight fires were outlined on Monday by Justice Minister Ionas Nicolaou to mark the start of Fire Safety Week.

Following the large fire in the Solea area last summer the government appointed an independent expert committee to evaluate the effectiveness of the island’s fire-fighting system. A report was prepared with suggestions for its improvement.

Nicoalou said the measures planned by the ministry and the fire department aim at improving response times in addition to increasing the level of fire safety in Cyprus.

“Our aim is to strengthen the fire protection sector and the fire service,” Nicolaou said. In addition to 24-hour fire stations at Peristerona, Moniatis and Stroumbi Stations, those at Evrychou and Lefkara will extend their opening hours during the firefighting season of May to October, following the recommendations of the committee.The fire department will be reinforced this year with the recruitment of 169 seasonal firefighters, and from October, 40 new permanent firefighters will be recruited as part of changes that will see an increase in police officers.

The government has also made moves to purchase and install two portable thermal cameras in helicopters, to send real-time images from fires to the coordinating centre to better coordinate firefighting.

A government bill has also been prepared to better coordinate volunteer firefighters to secure their rights and safety while other bills have been prepared for the autonomy of the fire department.

“Environmental protection is a matter for all of us. The fire-fighting equipment and planning by the competent authorities are not enough. This is why particular emphasis should be given to raising citizens’ awareness of volunteering,”said Nicolaou. “The role of volunteer organisations, local authorities, NGOs and each volunteer firefighter is crucial to the work of the fire department. It is through their assistance that we will have the best possible results, both in the fields of prevention and in the actual fight against fires.”

Traffic the leading cause of noise pollution in Cyprus