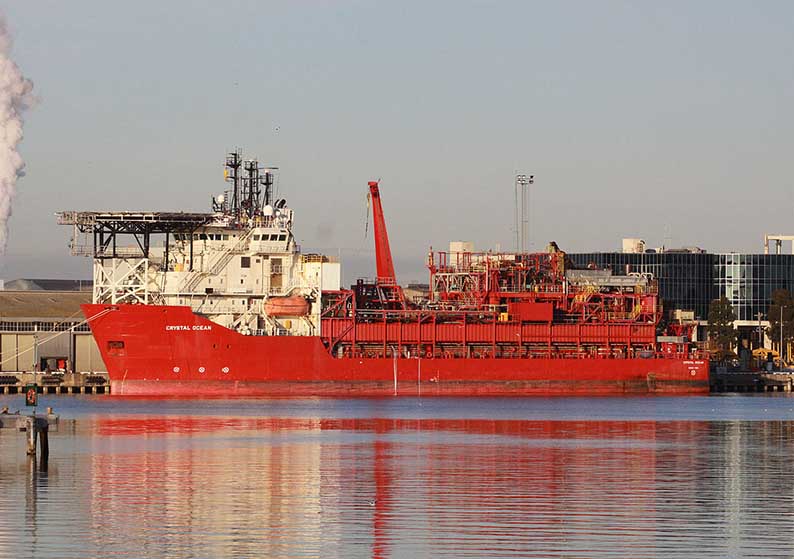 The gas will most likely be processed aboard a Floating Storage & Regasification Unit (FSRU).

The government is said to be considering launching yet another tender to secure natural gas for electricity production, with decisions expected in early May.

According to daily Politis, the terms of the new tender will be different to previous ones – which fizzled out – in two key areas.

First, the tender is to be split up into two contracts, one for supply of Liquefied Natural Gas (LNG), the other for processing the fuel.

The selected supplier would be responsible only for delivering LNG to Cyprus; and under a separate contract, the selected bidder would re-gasify (or turn back into gaseous form) the fuel so that it can be burned to generate electricity.

The second key difference is that Cyprus will buy the minimum LNG quantities needed for electricity production, and top up the rest as needed from the LNG spot market.

Currently, LNG on the spot market goes for $3 to $4 per mmbtu (million British thermal units). This does not include the cost of shipping and re-gasification.

The most favoured scenario, Politis reports, is to process the LNG aboard a Floating Storage & Regasification Unit (FSRU).

Because of the high cost – an estimated €150 million for the FSRU plus ancillary infrastructures – the government is reportedly considering the Build, Operate, Transfer method – whereby initially the FSRU would belong to a private consortium, which would transfer ownership to the Cypriot state after 10 or 15 years.

Last July, the government ordered a study to be carried out to look into ways of importing LNG for power generation but also broadly for industrial purposes.

The Natural Gas Public Company (Defa), by law the sole importer and distributor of natural gas in Cyprus, said at the time it had been given six months to complete the study and forward it to the energy ministry, which would take the political decision.

It’s understood the mooted gas import project is being envisioned as separate and irrespective of any developments relating to Cyprus’ own gas reserves – the Aphrodite gas field – and in that sense its duration is not constrained by set timetables.

The Cyprus Energy Regulatory Authority (Cera) has been pushing for a switch to LNG for electricity generation as soon as possible, due to the new emissions targets under the COP21 climate change agreement struck in Paris in 2015.

The EU recently revised its emissions trading system (ETS), which is the cornerstone of the bloc’s policy to combat climate change and its key tool for reducing greenhouse gas emissions.

Cyprus and a number of other EU nations objected to the changes, as they are set to raise the price of carbon credits.

According to Phileleftheros, the price of electricity in Cyprus after 2020 could shoot up by as much as 15 per cent unless the country drastically cuts emissions by then.

Carbon credits are incorporated into the price charged to consumers by the state power utility. Per megawatt hour (Mwh), the corresponding emissions are about 0.7 tonnes of carbon dioxide.

The increase per price of Mwh therefore works out to €0.7 for every €1 increase in the price of carbon credits.

Currently, carbon credits cost about €5. But in the event carbon credits gradually go up to €25 – as some EU members intend – that would mean an approximately €20 price increase.

Our View: The enosis brouhaha shows us Anastasiades’ devious side