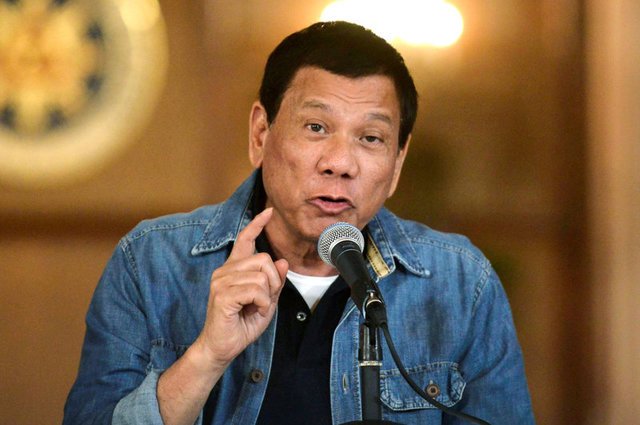 A Philippines lawyer filed a complaint at the International Criminal Court (ICC) on Monday against President Rodrigo Duterte and senior officials, accusing them of mass murder in a nationwide anti-drugs crackdown.

Attorney Jude Sabio said in the 77-page complaint that Duterte “repeatedly, unchangingly and continuously” committed crimes against humanity and that under him, killing drug suspects and other criminals has become “best practice.”

Sabio is the lawyer for Edgar Matobato, a man who has testified in the Philippines Senate that he was part of a hit squad that operated on Duterte’s orders.

It is the first publicly known communication to the ICC against Duterte and is based on the testimony of Matobato and retired policeman Arturo Lascanas, statements from rights groups and media reports, including a Reuters series on the killings.

The complaint alleged that Duterte and at least 11 senior government officials were liable for murder and called for an investigation, arrest warrants and a trial.

Lawmakers found no proof of Matobato’s Senate testimony, which the president’s aides have dismissed as fabrication.

Almost 9,000 people have been killed since Duterte took office last summer. Police claim a third of those killings were in self-defense during legitimate police operations. Rights groups say many of the remaining two-thirds were committed by vigilantes cooperating with the police or by police disguised as vigilantes. Police deny this.

Duterte has persistently denied he is involved with any death squad and said that his orders to kill drug suspects come with the caveat that police should operate within the bounds of the law.

“We can confirm we have received a communication,” the ICC Office of the Prosecutor said in a statement. “We will analyze it, as appropriate. As soon as we reach a decision, we will inform the sender and provide reasons for our decision.”

Ernesto Abella, a spokesman for Duterte, dismissed the complaint as a “cynical effort” to undermine the president.

“The so-called extra-judicial killings are not state-sanctioned or state-sponsored,” Abella said in a statement. “The intent of this filing in ICC is clearly to embarrass and shame the president, and undermine the duly constituted government of the Philippines.”

Since it was set up in July 2002, the ICC has received over 12,0000 complaints or communications. Nine of these cases have gone to trial and six verdicts have been delivered.

The ICC has no powers of enforcement, and any non-compliance has to be referred to the United Nations or the court’s own oversight and legislative body, the Assembly of States Parties.

The complaint is only a possible first step in what could be a long process at the ICC. The tribunal first has to decide whether it has jurisdiction, and then decide whether it should conduct a preliminary examination.

It can then ask a judge to open an official investigation, which could lead to a trial.

Duterte has said he welcomed the prospect of the ICC putting him on trial. He said last month he would not be intimidated and his campaign against drugs would be unrelenting and “brutal.”

ICC Prosecutor Fatou Bensouda said last year her office was following developments in thePhilippines “with a view to assessing whether a preliminary examination needs to be opened.”

“I am deeply concerned about these alleged killings and the fact that public statements of high officials of the Republic of the Philippines seem to condone such killings and further seem to encourage state forces and civilians alike to continue targeting these individuals with lethal force,” she said.