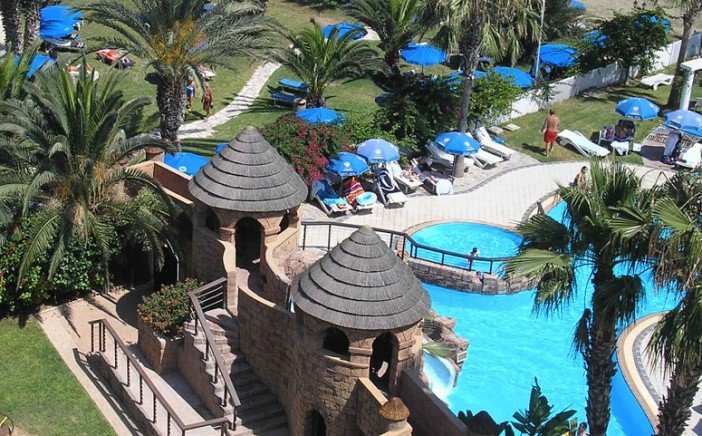 Hoteliers are under pressure to modernise

After two successive years of a strong increase in tourist arrivals, the hospitality industry has done little to pay back its more than €1bn in non-performing loans, data show.

In December 2016, hotel and restaurants reduced their non-performing loans by merely €323.8m in two years, according to Central Bank figures, with the bad debt ratio of the hospitality industry remaining at 49 per cent, comparable to that of the overall figure.

According to Cystat figures, revenue from tourism rose last year almost 17 per cent, to €2.4bn, compared to 2014.

Hoteliers however, benefited from the tourist increase less than the arrival figures suggest, as the rise in revenue over the past two years was smaller, said Zacharias Ioannides, head of the Cyprus Hotels Association (CHA), a group representing roughly 300 units.

In addition, hoteliers are forced to re-invest “a significant portion” of their revenue in “considerable” extensions or upgrades of existing hotel units, he said. “It is an imperative made necessary by our operators demanding modernisation”.

Non-performing loans in the Cypriot banking system account for roughly half of total credit and stood at €23.7bn in December, according to central bank figures. Directly or indirectly, tourism accounts for roughly a quarter of the Cypriot economy which emerged from a prolonged recession in 2015 and expanded last year by 2.8 per cent.

A banking source who spoke on condition of anonymity citing the lack of authorisation to discuss the matter with the media, said while there is indeed pressure from tour operators on hoteliers to modernise their units, their willingness to engage in restructuring negotiations and repay their debts is lacking.

“There are many strategic defaulters among them, worse compared to developers,” the source said. He added that the reduction of hoteliers’ non-performing loans was mainly the result of debt-to-asset swaps as “banks are increasingly using the new instruments they have at their disposal”.

These include, in addition to the new foreclosure and insolvency legislation, the new possibilities given by the law to banks to modernise, expand, or modify immovable property they acquire as part of restructuring agreements to effectively operate it, the source said.

To highlight the shortfalls in corporate governance in the hotel industry, the banking source said that often major shareholders of hotel chains consider themselves as operators of family enterprises and enter agreements with private companies they own at the expense of the minority shareholders.

The delinquency of borrowers in the hospitality industry, combined with opportunistic practices in their human resource management in the form of hiring workers over the summer season to fire them in the winter, are signs of “short-term vision,” an economist commented.

“This way, we don’t promote forms of sustainable tourism,” Bernard Musyck, who teaches at Frederick University, said in a telephone interview. “You cannot create value in the tourism sector by applying this opportunistic behaviour which is typical of the Cypriot mentality”.

Hotels are already facing a shortage in skilled workers, which is a result both of the increased demand for holiday services in Cyprus which is expected to continue also this year, as well as the absence of genuine opportunities to embark on a career in the hospitality industry.

With only one third of hotel workers benefiting from the provisions of the collective agreements negotiated with unions, the rest has to usually settle for a monthly income of €700 over the summer months, which translates to an annual income of around €5000.

CHA’s Ioannides defended the human resource management practices at hotels, saying the seasonality forces them to fire staff in the winter season when arrivals drop to one tenth of the average of the summer months. The hotel sector managed to extend the summer season by opening hotels in March and closing them in November, instead of April and October respectively, he added.

Our View: The enosis brouhaha shows us Anastasiades’ devious side

Open Letter to the prime minister of Greece