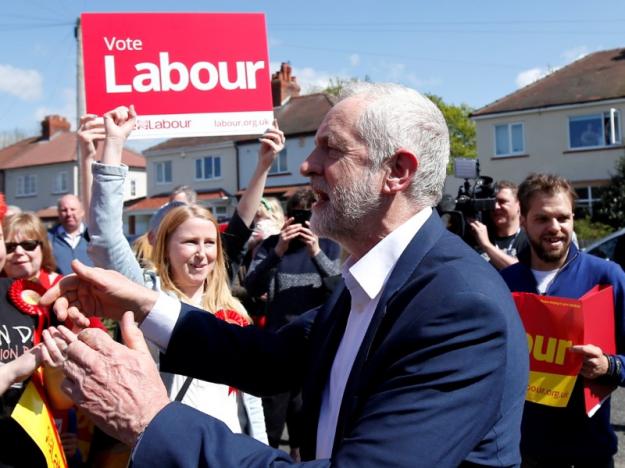 Britain’s opposition Labour Party will immediately guarantee the rights of millions of EU citizens living in the UK if it wins a June election, it said on Tuesday, setting out a Brexit strategy aimed at eating into Prime Minister Theresa May’s runaway lead.

May’s surprise decision to hold an early election on June 8 gave opposition parties just seven weeks to prepare, and Labour trails her Conservatives by around 20 points in the polls.

Its Brexit spokesman Keir Starmer criticised what he called her “reckless” approach to negotiations on extracting Britain from the European Union.

“It is often said that EU nationals contribute to our society and so they do, but they are part of our society … and they should not be used as bargaining chips,” he said in a speech in London.

“So on day one of a Labour government we will immediately guarantee that all EU nationals currently living in the UK will see no change in their legal status as a result of Brexit. That does not mean … that we will not fight equally hard for UK citizens in the EU.”

Last year’s referendum vote to leave the EU, partly driven by concerns about immigration, has created uncertainty for an estimated 3 million EU nationals living in the UK and some 1.2 million Britons residing in other EU countries.

Preparing to start two years of negotiations with the other 27 EU countries, May has made clear her approach to Brexit is to leave the EU’s single market – based on free movement of goods, services, people and capital – and escape the jurisdiction of its courts.

Starmer said Labour‘s strategy would seek to retain the benefits of the single market and customs union, and prioritise jobs and the economy rather than curbing immigration.

May has declined to guarantee the right of EU nationals to remain in Britain until she obtains the same commitments on behalf of Britons in Europe.

Starmer said that was part of a “rigid” and “reckless” strategy that was alienating EU negotiators before the talks have started in earnest. Guaranteeing EU citizens’ rights would be “warmly welcomed” across the EU as an indication of the sort of future relationship Britain wanted.

“We have to also rebuild our relations with our EU partners because they have been damaged by the tone and approach that has been taken so far,” he said.