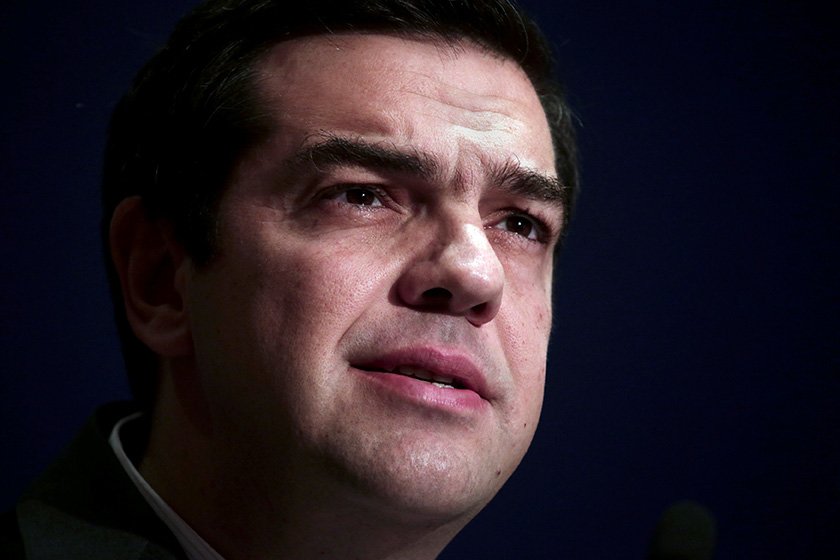 Οn April 23, 2017, the Cyprus daily Phileleftheros reported that Greek foreign minister Nicos Kotzias has sent a ‘complaint-letter’ to UN Secretary-General Antonio Guterres in which reference was made to inappropriate actions and to inappropriate behaviour on the part of his special adviser, Espen Barth Eide.

The newspaper then stated that, “according to its sources”, the letter underlined the fact that the named official of the United Nations is promoting Turkish demands and, in particular, the demand that Turkish citizens in Cyprus should enjoy the four freedoms that apply throughout the European Union. The newspaper further added that Kotzias described Eide as a “lobbyist of Turkey” and complained to the UN secretary-general that Eide is acting as an adviser to Turkey and is promoting Turkey’s positions within the United Nations. In fact, the paper clarified that Kotzias was indirectly suggesting that Eide may not have acted on his own but on instructions from the UN secretary-general. The newspaper ended its report by spelling out that Eide, “in collaboration with the bureaucracy in Brussels, the United States and Britain”, is seeking to confine the Turkish demand (in respect of “the four freedoms”) to Cyprus, so that it becomes acceptable to the remaining member states of the European Union; an approach that will inevitably isolate Cyprus from the rest of the EU.

The Phileleftheros report concluded “that these activities of Mr Eide are known to Nicosia but, nevertheless, the Cyprus government publicly supports the UN official, as evidenced by the fact that President Anastassiades has stated, very recently, that he appreciates the work carried out by the UN official whom he supports”.

Phileleftheros (which happens to be the newspaper with the largest circulation in Cyprus) has raised extremely serious questions, which have given rise to enormous concerns amongst the Greek Cypriots. In particular:

1 The allegations of the Greek foreign minister are very serious and if confirmed place the Greek Cypriots, for the umpteenth time, in the lion’s den. Kotzias is, in no uncertain terms, presented as saying that the United Nations, the European Union, the United States and Britain are plotting with Turkey at the expense of Cyprus. If this is the case, why has your minister failed to brief you on this issue and to propose, in consultation with the president of Cyprus, practical steps that could be taken to mitigate the problem? If he has done so, have you considered the need to inform all Greeks in a documented and clear-headed manner that we are in a tight corner? What purpose does the dispatching of a letter (to those who the letter suggests are the perpetrators of this underground plotting against Cyprus) serve?

2.The specific issue, which appears to be the basis of the accusations levied by Kotzias, are “the four freedoms”. It is obviously inconceivable to grant “the four freedoms” to the 80 million citizens of Turkey. In contrast, granting these rights to a limited number of settlers who within the framework of an agreement will be allowed to stay in Cyprus is both logical and fair. Can you please reliably advise us what the Turkish side is demanding in this respect so that we can form our own opinion on the subject?

3.From the publication of the Cypriot newspaper, it transpires that there is a clear disagreement between your minister and the government of Cyprus. Because the issue is of the utmost national importance, I consider it my duty to mention the fact that rumours are circulating in Cyprus that your minister is serving alien interests, which aim at undermining the prospects of re-uniting Cyprus and at supporting the completion of the turkification of the occupied part of the island. I hold the view that you have an obligation to pacify our concerns and to assure us that you have satisfied yourself, beyond any reasonable doubt, that these are malicious rumours, which do not contain any element of truth.

If you are not in a position to provide the Greek Cypriots with the required assurances, then you must forthwith ask your minister to resign. In any case, you need to ensure that your minister understands the realities of the Cyprus problem, namely that the situation is developing into a national tragedy for which Greece carries enormous responsibilities. The room for errors and improvisations has been exhausted.