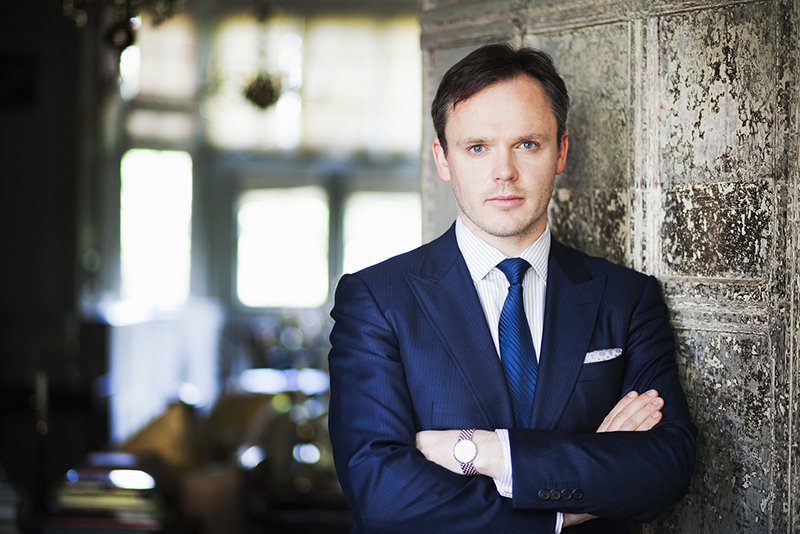 Pianist Ashley Wass returns to the island on Friday when the Pharos Arts Foundation presents his piano recital featuring a Shakespeare-inspired programme with works by Beethoven, Liszt, Smetana and Prokofiev.

Described as an “endlessly fascinating artist”, Wass is firmly established as one of the leading performers of his generation. A graduate of the Royal Academy of Music, he is a prize-winner at the Leeds Piano Competition, a former BBC Radio 3 New Generation Artist and the only British winner of the London International Piano Competition, a victory that led to a recording contract with Naxos, making him the first solo artist to obtain an exclusive deal with the label. His first recording was a highly-praised CD of Cesar Franck piano music, released in 1999.

In high demand on the international stage, the pianist has performed at many of the world’s finest concert halls including the Wigmore Hall, Carnegie Hall and the Vienna Konzerthaus. He has performed as a soloist with numerous leading ensembles, including all of the BBC orchestras.

In June 2002 he appeared alongside the likes of Sir Thomas Allen, Mstislav Rostropovich and Angela Gheorghiu in a gala concert at Buckingham Palace to mark the Golden Jubilee of Queen Elizabeth II. He made his BBC Proms debut in 2008 with Vaughan Williams’ Piano Concerto, and returned in following seasons to perform works by Foulds, Stravinsky, Antheil and McCabe.

Last season’s highlights for the Professor of Piano at the Royal College of Music, London included a debut at the Melbourne Recital Centre, an acclaimed performance of the Foulds Dynamic Triptych with the BBC Scottish Symphony Orchestra, an extensive tour to South America and performances with the Slovak Philharmonic and BBC National Orchestra of Wales.

Renowned for a broad and eclectic repertoire, Wass has received great critical acclaim for his recordings of music from a wide range of styles and eras with glowing reviews of his interpretations of composers such as Liszt, Franck, Beethoven and Bridge. His survey of Bax’s piano music was nominated for a Gramophone Award and his discography boasts a number of Gramophone ‘Editor’s Choice’ recordings and BBC Music Magazine ‘Choices’.

The pianist, who has been described as “a thoroughbred who possesses the enviable gift to turn almost anything he plays into pure gold” by Gramophone Magazine, is a frequent guest of international festivals such as Pharos (Cyprus), Bath, Ako (Japan) and Kuhmo (Finland), playing solo recitals and chamber works with musicians such as Mitsuko Uchida, Steven Isserlis, Emmanuel Pahud, Maxim Rysanov, Richard Goode and members of the Guarneri Quartet and Beaux Arts Trio.

Wass is the Artistic Director of the Lincolnshire International Chamber Music Festival. Since he took over, the festival has had sold-out performances of a challenging repertoire and broadcasts on BBC Radio 3. Another of Wass’ accomplishments came in 2012 when he formed the Trio Apaches with violinist Matthew Trusler and cellist Thomas Carrol. The central focus of the Trio is to create innovative projects, with a particular focus on exploring rare and often neglected repertoire.