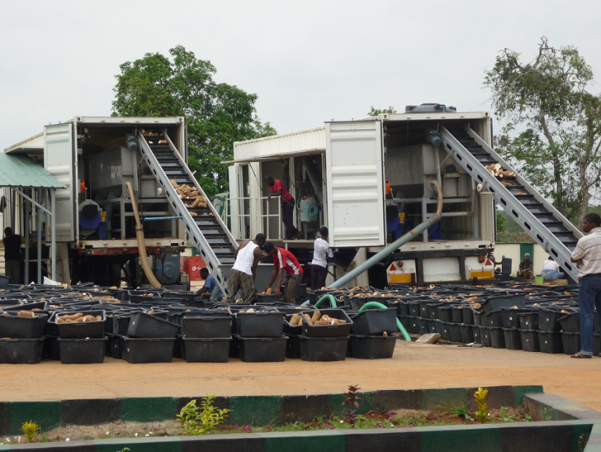 Smallholder farms – those that are mainly family-focused – will be key to keeping the continent well fed in the decades ahead. But a transformation agenda is needed that includes supportive government policies, institutional reforms and long-term investments in infrastructure.

Despite more than a decade of high economic growth and promising development, food insecurity and famine are still plaguing Africa. Currently, many countries in eastern Africa are in the midst of a drought and more than 15 million people are facing severe food and water shortages. It is a humanitarian crisis with no signs of improving during 2017. According to the Kenyan government, a season of poor “long rains” has left more than 1.3 million people needing food relief in Kenya alone.

The challenges for Africa are daunting. The United Nations estimates that Africa’s population will increase from today’s figure of around 1.1 billion, to approximately 1.6 billion people by 2030 and well over two billion by 2050. The rapid population increase, in combination with continued rapid urbanization and changing diets, creates new demands but also new opportunities for African agriculture.

Smallholder farmers – small farms that rely mainly on family labor – are producing most of the food in Africa. They are also poor, vulnerable and under increasing pressure to produce more and better-quality food in a sustainable manner. To ensure future food security, these smallholder farms need to be supported and given opportunities to become more productive and profitable. Connecting these smallholders to local markets, value chains and processing opportunities is one of the most important tools in raising agricultural productivity, improving rural livelihoods and increasing food security across Africa.

But this is changing.

Rapid economic growth, burgeoning demand from Africa’s cities and a growing middle class seeking greater diversity and higher quality in its diets provide unprecedented opportunities for African farmers. According to the World Bank, demand in Africa’s cities alone is expected to exceed US$ 400 billion by 2030, requiring major agribusiness investment in the continents agricultural sector.

For smallholders, new opportunities can make a big difference in their ability to increase production and meet demand. Value can arise even through relatively simple means, such as improving canning, drying fruit, cooling milk, packaging, sorting and better labeling.

There are today many successful examples in Africa where value addition has strengthened smallholder farmers. Cassava is an important African subsistence crop. Commercial cassava chains and agro-processing facilities are now developed in many African countries. In Mozambique for example, SABMiller has developed viable breweries and farming systems where cassava productions from smallholders are processed into food and feed products and bioethanol for cooking stoves.

Another game changing technology benefitting smallholders is the development of mobile cassava-processing units. These mobile units open up opportunities for small-scale farmers in remote areas to process cassava into easily transportable products which can be stored for many months and sold in a variety of conditions. This includes initiatives to develop East African high yield bean varieties with improved canning properties for the local food industries, ﬁrst-stage processing and grinding of cocoa into cocoa paste and butter in Ghana and processing and packing of milk in Kenya.

But there are many challenges too. Unpredictable and stifling policies in agricultural markets, insecure access to arable land and poor infrastructure and high transportation costs are just some of the serious barriers smallholder farms face when trying to grow.

Perhaps encouragingly, there is an increased interest from foreign investors in Africa’s food system. The challenge is to channel investments in an inclusive way; one that simultaneously generates jobs, provides opportunities for local businesses and respects the rights of local communities and the environment.

The continuing transformation of smallholder agriculture in Africa is complex, thorny and has both negative and positive outcomes for large groups of the rural poor. The transformation to increase local food security requires active contributions from all sectors of society – government, private, non-governmental – including international development cooperation organizations. A transformation agenda is needed that includes supportive government interventions and policies, institutional reforms, improved practises and massive long-term investments in infrastructure and value chains capacity. Such an agenda needs to be knowledge- and science-based and tailored to country specific conditions in order to be fully effective. Assisting countries Africa in developing their own capacity to catalyse, propel and govern this transition is critical, now more than ever.

Dr. Ivar Virgin is a Senior Researcher at the Stockholm Environment Institute. He is one of the main architects and initiators of the two largest bioscience innovation programs in Africa, the BIO-EARN (1999-2010) and BioInnovate (2010-ongoing) focusing on resource efficient, climate smart and productive agricultural production and value chains in East Africa. He is the editor and an author of the Routledge book project Creating Sustainable Bioeconomies: The Bioscience Revolution in Europe and Africa (2017).