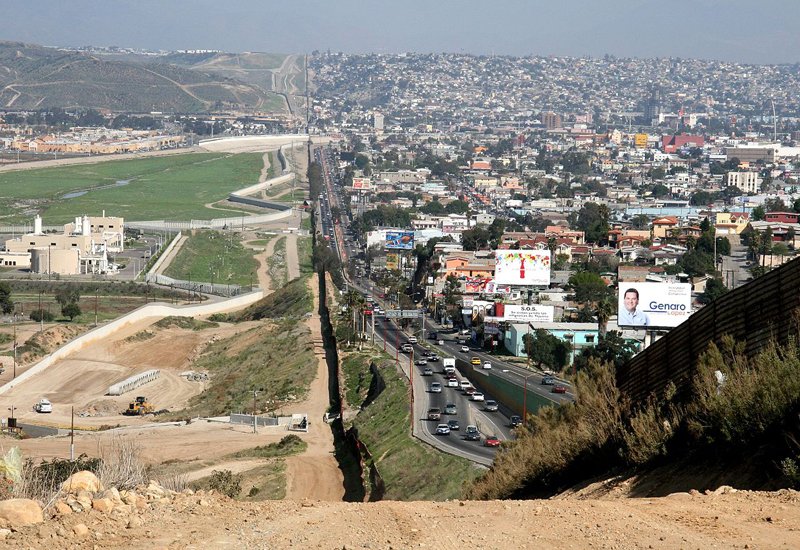 By Richard Cowan and Steve Holland

U.S. President Donald Trump indicated an openness on Monday to delaying his push to secure funds for his promised border wall with Mexico, potentially eliminating a sticking point as lawmakers worked to avoid a looming shutdown of the federal government.

Trump, in a private meeting with conservative media outlets, said he may wait until Republicans begin drafting the budget blueprint for the fiscal year that starts on Oct. 1 to seek government funds for building a wall along the U.S.-Mexico border, the White House confirmed.

Trump, whose approval ratings have slid since he took office, is facing a Friday deadline for Congress to pass a spending bill funding the government through September or risk marking his 100th day in office on Saturday with a government shutdown.

“Now the bipartisan and bicameral negotiators can continue working on the outstanding issues,” Senate Democratic leader Chuck Schumer said in a statement on Monday night.

Earlier on Monday, Schumer reiterated an assertion made last week that bipartisan negotiations in Congress were going well until the White House began demanding money for the wall as a condition for accepting a funding bill.

Although Republicans control both chambers of Congress, a funding bill will need 60 votes to clear the 100-member Senate, where Republicans hold 52 seats, meaning at least some Democrats will have to get behind it.

If no spending measure covering April 29 to Sept. 30 is in place before 12:01 a.m. (0401 GMT) on Saturday, government funds will halt and hundreds of thousands of the country’s several million federal employees will be temporarily laid off.

Those in jobs deemed essential such as law enforcement are expected to keep working in the hope they will receive back pay. Non-essential sectors such as national parks are liable to be closed and programs such as federally funded medical research will grind to a halt.

Failure to approve a government funding bill could also throw new doubts over Republicans’ ability to fashion a budget blueprint for the next fiscal year or to succeed in a major effort to cut corporate and individual taxes that Trump has touted.

Congressional leaders will likely have to decide by late on Tuesday whether negotiations are progressing enough to try to pass a spending bill funding the government through September, Senator Roy Blunt, a member of the Republican leadership and Senate Appropriations Committee, told reporters on Monday.

If negotiations have slowed or stalled, Congress could pursue a short-term extension of existing spending levels to avoid a government shutdown, giving lawmakers more time to reach a deal. Leading Democrats have said they would support such a measure only if talks are progressing.

Short-term funding measures, known as continuing resolutions that cover periods of days, have been used to avert government shutdowns in the past. But in 2013, conservative Republicans forced a 17-day shutdown in a failed attempt to repeal former President Barack Obama’s Affordable Care Act, popularly known as Obamacare.

A Republican effort to repeal and replace Obamacare imploded in Congress last month and the White House said on Monday that another vote could not come for weeks.

But Trump has dangled the prospect of funding some elements of the law, which enabled millions more Americans to secure healthcare coverage, in exchange for Democrats’ support in the spending talks.

The White House had offered to include $7 billion in Obamacare subsidies that allow low-income people to pay for healthcare insurance in exchange for Democratic backing of $1.5 billion in funding to begin construction of a barrier on the U.S.-Mexico border.

It was unclear on Monday whether delaying wall funding until later spending negotiations would invalidate the White House pledge to include Obamacare subsidy funding for low-income people in the current proposal funding the government through September.

Trump has argued that a wall along the U.S.-Mexico border is needed to stem the flow of illegal immigrants and drugs into the United States. In a Twitter message on Monday, Trump wrote: “If… the wall is not built, which it will be, the drug situation will NEVER be fixed the way it should be!”

Earlier on Monday, White House spokesman Sean Spicer said Trump’s demand that Congress include funds for the construction of the wall remained a White House priority.

“The president has made very clear that he’s got two priorities in this continuing resolution: No. 1, the increase in funding for the military and No. 2, for our homeland security and the wall,” Spicer told reporters.

The White House is confident in the direction of the talks and an announcement is expected soon, Spicer said, although he declined to say specifically whether Trump would sign a bill that did not contain money for border security and the wall.

Trump has said Mexico will repay the United States for the wall if Congress funds it first. But the Mexican government is adamant it will not provide any financing and Trump has not laid out a plan to compel Mexico to pay. Department of Homeland Security internal estimates have placed the total cost of a border barrier at about $21.6 billion.

Aside from inflaming relations with a major trading partner, the planned wall has angered Democrats. They showed no sign of softening their opposition on Monday and sought to place responsibility for any shutdown squarely on Trump and congressional Republicans.

Open Letter to the prime minister of Greece