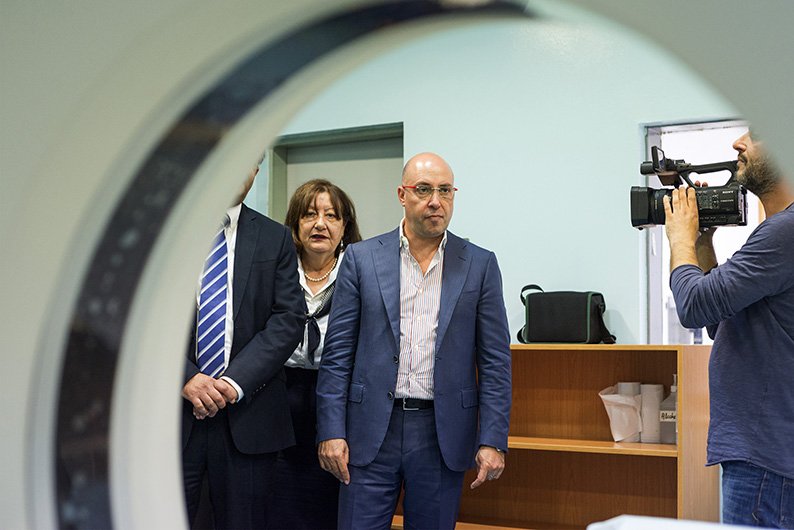 The same people pointing the finger at the state over delays in establishing a national health scheme were the main culprits when it came to moving forward, Health Minister Giorgos Pamboridis said on Wednesday.

A very angry Pamboridis called on state doctors to drop their delaying tactics and tell people what they really want, after they asked parliament this week to postpone discussion of matters relating to the implementation of the island’s national health scheme (Gesy).

He was on a visit to Limassol hospital where he made the statements.

“Everyone has something to say, everyone wants the health scheme but not now, we will see later,” an irate Pamboridis told reporters. “No gentlemen, the party is over. Come to parliament and say what you want, if you want to be heard and have the courage of your convictions, come to parliament so that people can hear you.”

The minister’s reaction came after the state doctors’ union Pasyki asked parliament to postpone discussion of regulations relating to the implementation of the national health scheme.

He said he was mandated by the president and political parties backed the decision; “if some people are having second thoughts let them tell the people because they must know.”

“These things are no longer logical. We are discussing the autonomy (of hospitals) and the health scheme for 20 years and they are asking us for time to discuss what?”

Pasyki leader Soteris Koumas responded that if the minister believes there is nothing more to discuss, he should say so openly.

“Why do they still invite us to the meetings, then?” he asked.

Pamboridis said people were pointing the finger at state officials for letting the public suffer, while they were the main culprits of the failure to implement reforms.

“We fully agree, the public is suffering,” Koumas said.

“Let me reverse the question: what has the minister done so that people don’t suffer?”

Pasyki said it wants the discussion postponed to have more talks with the ministry so that the proper reforms are decided, because “doctors are suffering, too”.

Pamboridis said he had not been officially asked but the regulations had been given to the unions in January.

“And I met them many times and their persistent response was that they don’t accept the autonomy,” he said.

On Tuesday, Pamboridis once more stressed the urgent need for the implementation of a national health system, as the island ranked at the bottom of the list of European countries in private health spending.

He said 55 per cent, or €660m of total spending on health annually, came from the pockets of the people rather than the state.

“This means that from €1.2bn per year, around 55 per cent are covered by the poor fellow who had the bad luck of falling ill,” the minister said. “This is absolutely shameful for our country; it is unacceptable and must not continue.”

Pamboridis said state spending on health was €430m and was expected to reach €1bn with the implementation of the system.