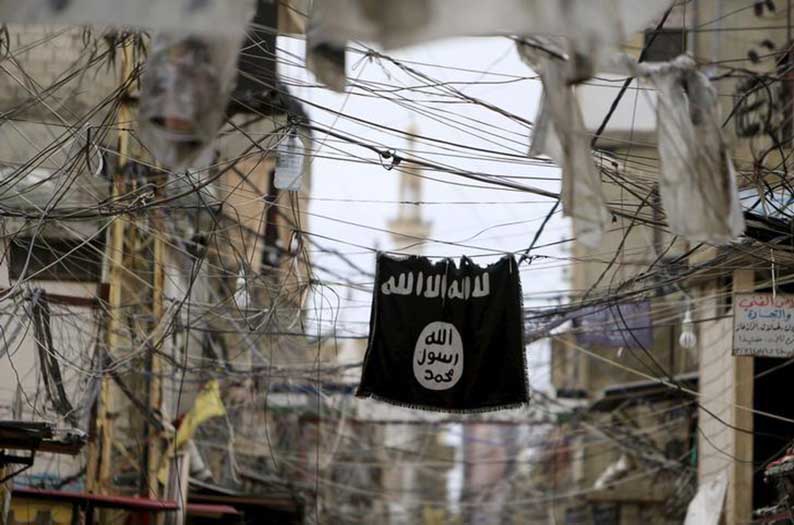 A young Brit of Greek Cypriot descent is among three alleged Isis sympathisers caught and detained while trying to enter Turkey last week, according to a report by the Guardian on Wednesday.

He had disappeared from Cyprus in April 2015 and was not heard of for two years until now.

The report said that Stefan Aristidou, his British wife and Kary Paul Kleman, a US citizen, “last week surrendered to Turkish border police after more than two years in areas controlled by Isis”.

It goes on to say that the incident is indicative of a wave of foreigners abandoning Isis as it collapses.

“Aristidou, who is believed to be in his mid-20s, surrendered at the Kilis crossing in southern Turkey along with his wife – said to be a British woman of Bangladeshi heritage – and Kleman, 46,” the Guardian said.

“Aristidou said he had travelled to Syria to settle rather than fight. Officials said he had admitted to having been based in Raqqa and al-Bab, both of which had been Isis strongholds until al-Bab was recaptured by Turkish-backed Syrian opposition forces earlier this year.”

The report cited a spokeswoman for the UK Foreign Office, who said they are “in contact with the Turkey/Syria border”.

Aristidou’s wife was said to have been released – though she may still be prosecuted – while the two men are facing sentences between 7.5 and 15 years, if tried and convicted.

The British couple may also face charges if extradited back to the UK under the Terrorism Act, the Guardian said.

Aristidou went missing about a week after arriving at Larnaca airport on April 5, 2015.

Despite appeals through missing persons charities and social media campaigns by his family, there had been no sign of the missing man before his reappearance in Turkey last week.

“Neighbours told the Guardian that shortly before going missing Stefan changed his style of clothing, adopting Islamic dress and started attending a mosque,” the Guardian reported.

According to the Guardian he lived with his mother, Maria, a complementary therapist, who has a degree from Middlesex University and is working towards a PhD, and sister Stasia, who works as a logistics coordinator for a major oil firm. The family have lived in Enfield for more than 20 years. His parents were separated. The newspaper said his father, Aristos works for a telecoms utility firm.

The family declined to comment when contacted by the Guardian. Stasia, through her Instagram account, frequently published photos of her brother with messages describing her feelings about his disappearance, the paper said. “Missing him,” she wrote in one post. “Can’t even watch the TV now without something reminding me. I want him back.”

“Hope he’s out there still smiling,” she wrote in another. “Every now and then I found something that belonged to him and it instantly makes me cry.”

Kleman, the American detainee, was said by the paper to have converted to Islam after his divorce from his first wife, and moved to Egypt in 2011 where he married an Egyptian woman.

After that marriage collapsed he moved to Dubai and married his current wife, who is Syrian. They had three children and Kleman worked in IT for a school.

Kleman’s family told the Guardian that he travelled to Syria with his family in the summer of 2015 to help with humanitarian efforts.

After arriving in Syria, however, Kleman said he realised that the information that had led him there “was all a scam,” according to his mother, and his situation became confusing to his family.

They said he had recently been in contact with US officials in Turkey, and had planned to reach the American embassy there and return to the US.