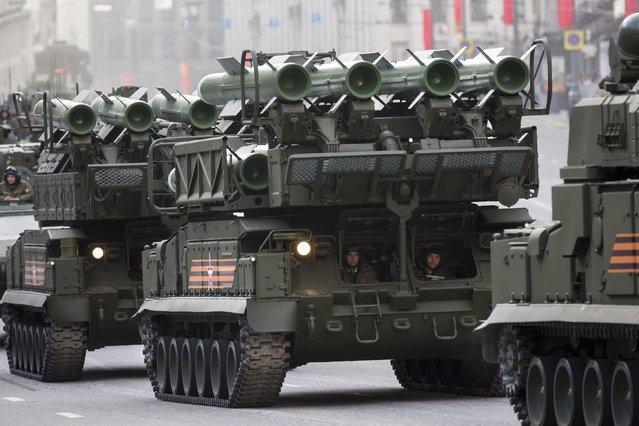 According to the latest report by the Stockholm International Peace Research Institute (SIPRI), global defence spending has gone up for the first time since 2011.

Last year, nations splurged $1.686 trillion on weapons, 0.4 per cent higher than in 2015. The US spent $611 billion, 36 per cent of the global total and three times as much as second-placed China. Russia came third overall, spending $69.2 billion on its military, a 5.9 per cent increase on the previous year.

Despite its significant involvement in the conflict in neighboring Yemen, Saudi Arabia fell to fourth in this year’s ranking with expenditure estimated at $63.7 billion. Western European countries have upped their defense expenditure in response to tensions in Russia.

All in all, military spending in Western Europe increased 2.4 per cent in 2016 with Italy the most notable nation in terms of spending. Last year, Italian defence spending grew 11 per cent to just under $28 billion.

You will find more statistics at Statista
More worrying is that the trend of declining US military spending, which started in 2012, is coming to an end.

As the graphic illustrates, the government’s expenses for troops and weaponry is on the rise again in 2016 for the first time in five years. The waning numbers in the past were mainly caused by the withdrawal of US troops from Iraq and Afghanistan as well as the repercussions of the financial crisis.

You will find more statistics at Statista
The Infographic furthermore shows the contrast between Obama’s first presidential term with largely increasing military costs and his second term, which for the most part is characterised by expense reduction.

Meanwhile the Trump administration plans to spend 54 billion dollars more on the military next year; in part funded by cuts in education, science, and environment. This translates into another 9 per cent rise from the current amount.

Madonna has blasted efforts to make a biopic of her life